Why Kelsea Ballerini Is ‘Thankful’ for Her Breakups 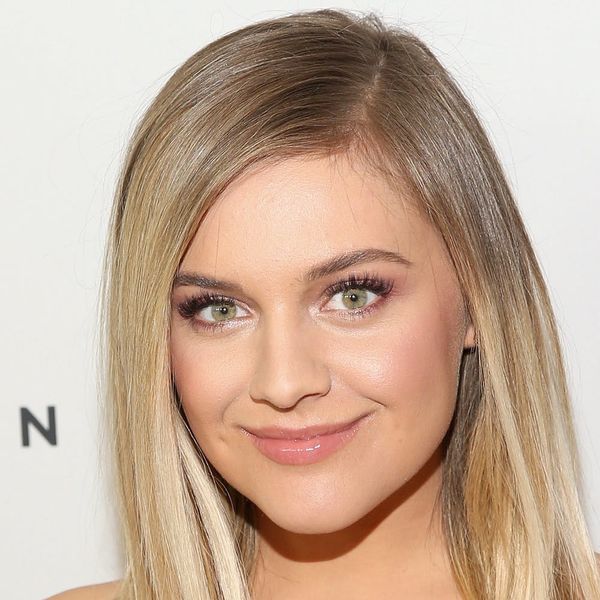 These days, country superstar Kelsea Ballerini is a woman madly in love, having married her boyfriend of nearly two years back in December. But if you’ve listened to her second full-length album, Unapologetically, you know she’s seen her fair share of heartbreak. That’s not a bad thing, though — in fact, the 24-year-old views it as a blessing.

“I’m really thankful for those times,” she tells Brit + Co via telephone. “The things I learned from that breakup [were] a big part of me finding what I wanted and how to be treated — and how not to.”

That truth is apparent on tracks like “Graveyard,” in which she sings, “And I don’t wanna be another heart in your graveyard/In the cold hard dirt that you throw down/I don’t want to watch you drive away in a black car/To a new bar so you can find another.”

Evans swept the Grammy nominee off her feet after the pair met co-hosting the CMC Awards in Australia. Now they’re navigating the nuances of the music industry — and their newfound fame — hand-in-hand. “It’s awesome,” she says of married life. “We’re kind of walking a parallel.”

She isn’t kidding. Both burst onto the music scene with breakout debut albums less than five years ago. Their careers have since taken off, hurtling onward and upward at breakneck speed. “We have to fight to have time together,” she shares. “It’s really intentional.”

It has to be. From June 9 through November 3, the “Yeah Boy” singer will be on the road with Keith Urban for their GRAFFITI U tour. “‘[It’s] really the whole rest of my year.”

For the Tennessee-born musician, who still counts herself a fan of the artists she tours with, the coming months will be a chance to both do what she loves (“My favorite thing to be able to go is to go into artist mode”) and take in a show — just like everyone else.

On the road isn’t the only place where she mingles with fans, either. Just two weeks ago, she crashed a prom in her hometown. “It was actually really random,” she says. “I was in Knoxville for one of my friends’ graduations [when] this big group of kids came in looking gorgeous.”

So, she did what any good-natured superstar would do — she found out where they were headed and stopped by to say hello. “It was kind of cool to pop in. I definitely went to proms, but there’s just something about your hometown.”

It was a move one might expect from Ballerini’s pal Taylor Swift, who sparked a friendship with the prom-crasher when she promoted Ballerini’s music on social media back in 2015. “The thing that I admire the most is the fact that she’s kept her songs and her fans at the forefront of her career,” she says.

Unlike her friend, however, Ballerini has no plans to cross over into pop anytime soon. “I’ll always be rooted in country music. It’s where I’m most comfortable.”

As comfortable as one can be when fame takes hold seemingly overnight, anyway. “I think there’s always moments where I look up [and go], I never thought I’d get to do this. I still freak out. … It still surprises me so much.”

What do you think of Kelsea’s outlook on love? Share over @BritandCo.

Nicole Briese
Nicole is the weekend editor for Brit + Co who loves bringing you all the latest buzz. When she's not busy typing away into the wee hours, you can usually find her canoodling with her fur babies, rooting around in a bookstore, or rocking out at a concert of some sort (Guns N' Roses forever!). Check out all her latest musings and past work at nicolebjean.com.
Celebrities
Music
Celebrities Celebrity Couples Music Relationship Advice
More From Music