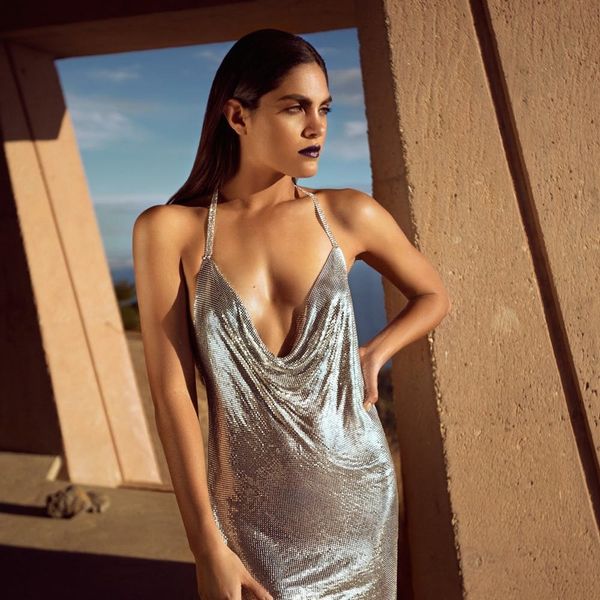 Are the Jenner sisters ripping off a famous Paris Hilton look from the early aughts? The fashion designers just released their fourth collection for their brand, Kendall + Kylie, and it includes a dress that would suggest as such. But this isn’t the first time Paris and the Jenner sisters overlapped in the style department.

It all started back in on the elder Jenner sister’s 21st birthday, when she proved that imitation is the sincerest form of flattery in a plunging silver glittery dress, which was almost identical to the slip Paris Hilton wore on her 21st birthday back in 2002.

Thanks to Kendall + Kylie, you can get a super-similar dress for yourself, should you want to join the glittery mini club. The Cowl Chainmail Halter in Silver ($395) just launched as part of the sisters’ DROPFOUR collection. While the outfit is strikingly similar to the 21st birthday dresses of celeb past, it appears to be ever so slightly longer than the OG versions… plus it comes in one size only (hmmm).

But, at a mere $395 bucks, it’s a total steal (lol) compared to Kendall’s $9,000 version from designer LaBourjoisie. But before you get your credit cards at the ready, take note: The chainmail dress sold out in a hot sec practically the moment it went live (surprise, surprise), BUT you can set up an email notification to tell you when it’s back in stock. The party must go on!

Have some feelings about this glitzy dress? Tweet us at @BritandCo!