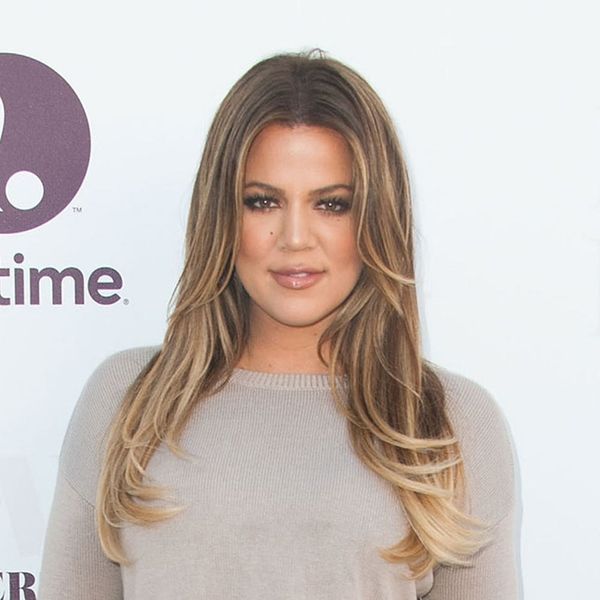 Ever been in a group chat with a handful of pals only to get lost in the endless scrolls of daily chatter, emoji and other virtual water cooler chatter? Yeah, we’re all too familiar with that daily struggle. That’s why — brace yourselves — another Kardashian is making their way into the wild world of smartphone apps, but this time, it’s not Kim Kardashianand this isn’t a game. Khloe announced today on her Instagram that, after months of prep + planning, the Begroupd app has launched on iOS.

Begroupd (note that it initially was called Regroupd) is aimed at solving all your group messaging problems, like coming to a decision in a group chat where friends’ input gets lost. Khloe worked with recent Cornell grad Lindsey Cummins, the woman who came up with the idea for the app, and the NYC-based Begroupd team to help make our lives easier.

The app features a slew of integrated decision-making tools aimed at speeding up the time it takes to reach a consensus in a congested, friend-filled convo with tons of back-and-forth. You can poll your friends, ask them a yes/no question and even send out RSVPs for events that are then automatically added to your calendar. Pretty slick!

The goal of Begroupd is to eventually become users’ one-stop-shop when it comes to group messaging. Back in April, Lindsey told Business Insider: “The vision is to create something where you could still chat with people like normal, but you could still have all these added features that would make your life easier.” Sounds legit.

We’re still waiting on our six digit verification code to be sent to us after downloading Begroupd today (they’re probs overloaded with the Khloe endorsement) so we’ll let you know our experience with Begroupd once we’re in ;)

DL the app for free on iOS.

Beth Wischnia
You can typically find this Texan writing, trying on a new lipstick, gabbing with her identical twin sister or volunteering at the local animal shelter. She finds inspiration from rosé, beauty products, Tex-Mex and cats.
Kardashians
Tech
Kardashians
More From Tech