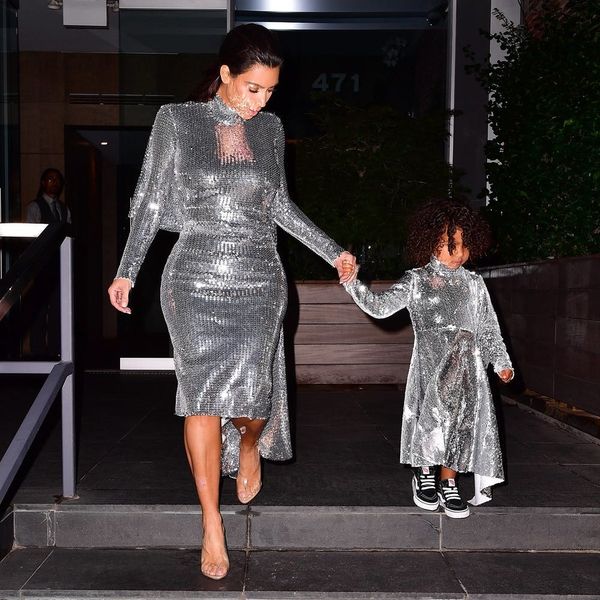 Kanye West is gearing up for his next NYFW show and Kim Kardashian West is settling back home post her Costa Rican family vacay/photo opp. In news we totally saw coming: KKW and husband are working on a clothing line, and according to Kim’s snaps, it’s “coming soon.”

On Tuesday night, Kim revealed the news, sharing a photo of the couple’s three-year-old daughter North, wearing a Yeezy shearling coat (a mini version of the one her father presented in September, natch) and a sequined yellow dress. Little Nori picked out the fabrics, apparently.

KimYe have been primed and ready for a kids collection for some time now: Kim and North love mother-daughter outfit pairings, Kim and her sisters, Kourtney and Khloe, released a children’s line in September and Kanye has Yeezys made for kiddie feet. They’re both basically pros, at this point.

Now all that’s left to confirm is whether or not this means that North and Saint will make an appearance during their father’s Yeezy Season Five New York Fashion Week presentation?!

Are you excited to see what KimYe comes up with? Tweet us @BritandCo!

Channing Hargrove
Channing Hargrove is a freelance fashion editor and writer in New York City. When she isn’t writing about clothing (or shopping, for research, of course), Channing is writing about life in a tiny studio apartment in a big city — and what she’s wearing — on her blog, Channing in the City.
Celebrity Style
Style News
Celebrity Style