Kim Kardashian Gets Candid About Her Surrogacy Experience: “It Is So Much Harder” 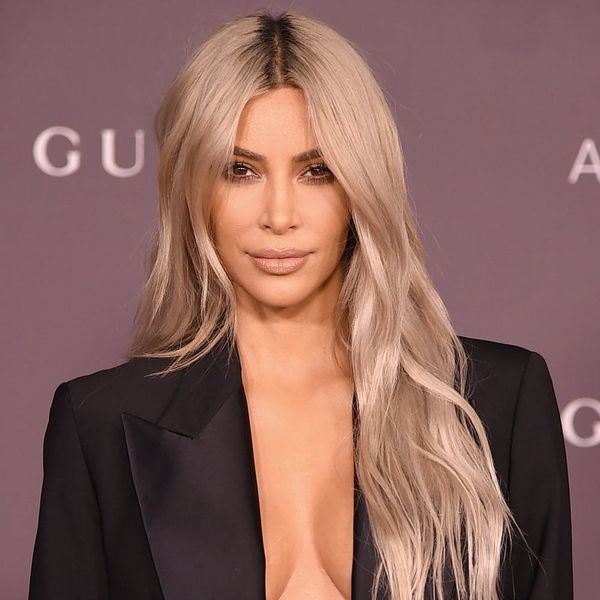 Just two days after Kim Kardashian celebrated the impending arrival of her third child with a lavish, cherry blossom-filled baby shower, the soon-to-be mother of three is opening up about her surrogacy experience, saying it’s “much harder” than she expected.

Speaking with Entertainment Tonight about welcoming her third child via surrogate, the 37-year-old reality star was frank about the situation, just as she has been about the difficulties she faced while bringing her first two children, North and Saint, into the world. The Keeping Up With the Kardashians star previously suffered from placenta accreta, a potentially life-threatening pregnancy complication where the placenta attaches itself too deeply to the wall of the uterus and can put both the mother and baby at risk of bleeding to death during delivery.

Doctors told her that due to the complications she dealt with during her first two pregnancies, it just wouldn’t be safe for her to carry another child.

That’s why Kardashian and her husband, Kanye West, chose to proceed with surrogacy. But she says that it hasn’t been the simple path she was expecting. “Anyone that says or thinks it is just the easy way out is just completely wrong. I think it is so much harder to go through it this way, because you are not really in control,” she told ET.

She added, “And you know, obviously you pick someone that you completely trust and that you have a good bond and relationship with, but it is still … knowing that I was able to carry my first two babies and not, you know, my baby now, it’s hard for me. So, it’s definitely a harder experience than I anticipated just in the control area.”

She acknowledged, though, how grateful she is to have surrogacy as an option. “I think it is definitely a different experience and I am blessed that I am able to do this, and technology is the way that it is that we can do this,” she told ET. “But it is still a process that you need to digest.”

As for her four-year-old daughter and one-year-old son, the reality TV figure said, “They are excited. I mean, I don’t know if they don’t feel it as much because they don’t see my big belly and probably hear me complaining every two seconds. But we do talk about it a lot, so I think they are really excited.” So are we!

What do you think about Kim Kardashian’s thoughts on surrogacy? Let us know @BritandCo.

Desiree O
Desirée O is a ‘Professional Bohemian’ who loves anything and everything related to the arts, entertainment, and pop culture. She ADORES being a ‘Newsy’ for Brit + Co, covering all of the latest tidbits of awesomeness that you want to read about. When she’s not writing, she’s either making messy art, going on long adventurous walks with her camera, or poking around over at bohemianizm (http://www.bohemianizm.com/). You can find out about Desirée O and her work at http://DesireeO.com/ or follow her on Twitter @DesireeO.
Celebrity Baby
Celebrity News
Celebrity Baby Kardashians
More From Celebrity News