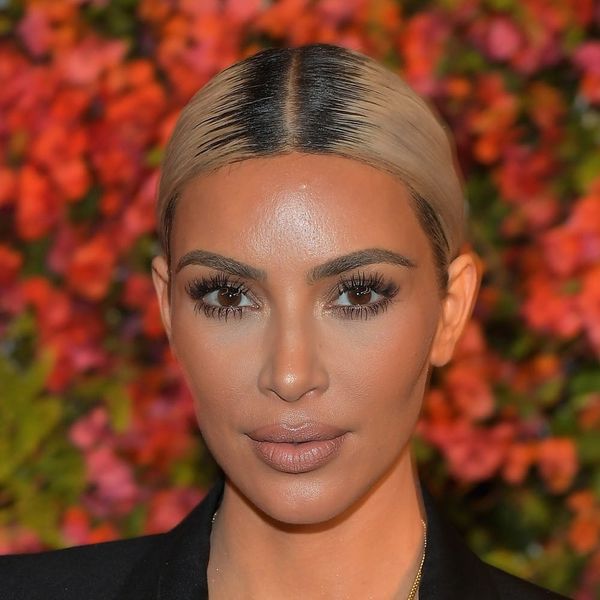 All year long, Kim Kardashian West has been growing her beauty line, KKW Beauty, which officially launched in June with cream contours. Since then, she’s steady added products to the roster, introducing everything from fragrance to Ultralight Beams lip glosses and powders. The one item she’s largely stayed away from, however, is little sis Kylie Jenner’s goldmine — lip color.

Now, the 37-year-old has announced that come 2018, the makeup battle lines will be drawn, as she will indeed be adding lipsticks to her collection. Taking to her app, the reality star wrote, “The KKW beauty product that I’m most excited about for 2018: lipsticks!”

The statement confirmed the buzz Kardashian West’s makeup artist, Ariel Tejada, hinted at back in November.

Obsessed with Last nights soft Glam on @kimkardashian 💎❄️who’s Loving Kim Blonde? 🙋🏼‍♀️ Comment below with questions about this look and I’ll be answering some of your questions! ❤️ Hair by @chrisappleton1 #lacma #makeupbyariel #KimKardashian

Tejada reportedly told an Instagram user who asked about the pout he created in the shot above that he used KKW Beauty Products which were launching fairly soon.

It certainly wouldn’t be the KUTWTK star’s first foray into the lip arena: back in April, she collaborated with Jenner on a four-piece KKW x Kylie lipstick set (from $35) of crème nude shades all named for the elder sister.

Now that they’ll be competitors in the lipstick space, it will definitely be interesting to see how her new line compares to Jenner’s originals.

We’ll definitely be keeping an eye out for these!

When it comes to your lips, will you be Team Kim or Team Kylie? Share with us over @BritandCo.

Nicole Briese
Nicole is the weekend editor for Brit + Co who loves bringing you all the latest buzz. When she's not busy typing away into the wee hours, you can usually find her canoodling with her fur babies, rooting around in a bookstore, or rocking out at a concert of some sort (Guns N' Roses forever!). Check out all her latest musings and past work at nicolebjean.com.
Beauty Products
Beauty Products
Beauty Products Celebrities Celebrity Beauty Kardashians Kylie Jenner New Beauty Products