Kim Kardashian West Wore This $15 Fragrance on Her Wedding Day 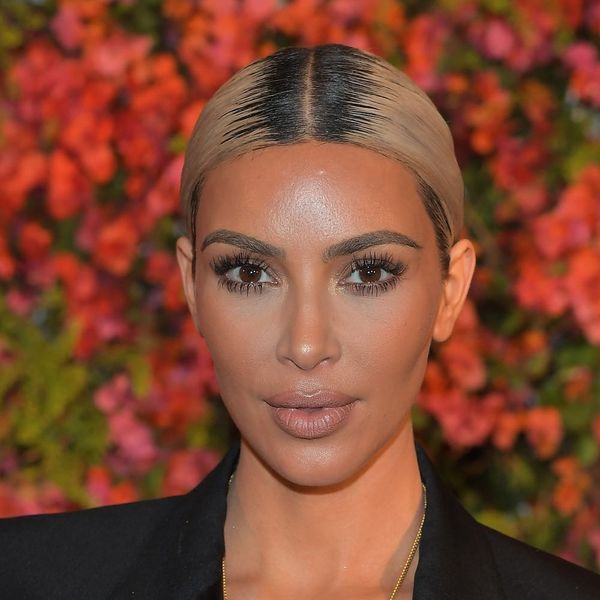 Kim Kardashian West’s Crystal Gardenia fragrances may be low in stock (girl did make $10 million in sales in one day after all!), but there’s another fragrance up for grabs that has a very special place in the reality star’s heart: the one she wore on her wedding day.

The soon-to-be mom of three recently revealed to People which fragrance she wore on her wedding day to Kanye West back in 2014, and it’s one that’s understandably close to her heart. It’s also extremely affordable, ringing in at less than $20 a pop!

The KUTWTK star reached for her own original standby while walking down the aisle, telling the outlet, “I think I wore my original Kim Kardashian signature fragrance. It’s one of my favorites.”

As you’ll recall, the makeup maven created the signature scent back in 2010, featuring notes of jasmine, gardenia (Kim — and apparently Kate Middleton’s! — fave), tuberose, and sandalwood. While it’s similar to her new gardenia scents, it’s a whole lot cheaper: Where the new line retails for $30 to $75, the OG version rings in between $15 to $19 on Amazon, Target, or Walmart‘s websites. What a steal!

So beloved is the scent to the 37-year-old, in fact, she pulled from it to create her new line. “That’s why this one kind of mirrors that — I got inspiration from [my signature fragrance when making] this one.”

Will you buy Kim’s old fragrance or are you waiting to snag her new ones? Let us know @BritandCo.

Arielle Tschinkel
Arielle Tschinkel is a pop culture junkie who went to NYU because the Olsen twins went to NYU (really). She is a freelance writer whose work has also been featured on HelloGiggles, Refinery29, SheKnows, Bustle, Hollywood.com, and many others; and she's living her dream one Britney Spears GIF at a time. Follow her on Twitter @mrstschinkel or visit her website at arielletschinkel.com.
Budget-Friendly
Beauty News
Budget-Friendly Kardashians perfume Weddings