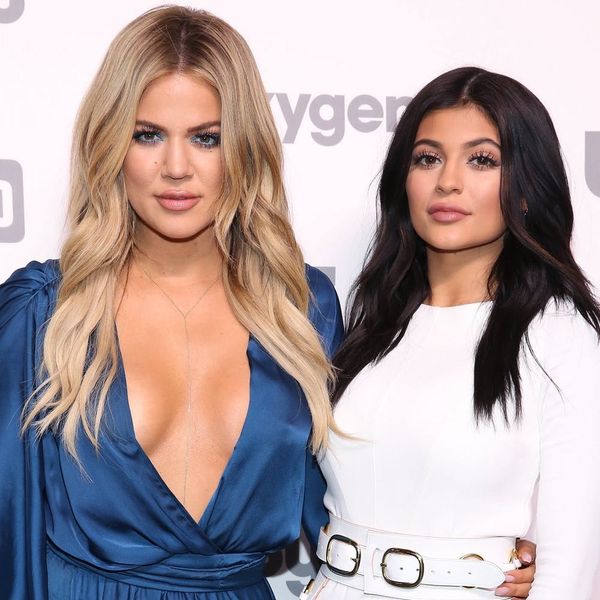 Kylie Jenner has quite a few job titles to speak of: makeup CEO, reality star, fashion designer — need we go on? But the the Life of Kylie star, 19, may need to make room on her resume for one more, as she just assisted in cutting sister Khloé Kardashian’s hair.

In a series of Snapchat vids, Kardashian documented her haircut, and it was none other than Jenner who made the inaugural snip (though longtime stylist and pal Jen Atkin presumably took over afterwards).

“Jen is gonna be cutting my hair, but I don’t know if she knows what she’s doing,” Kardashian joked. Surprisingly, Atkin then passed the scissors to Jenner just out of frame, saying, “Here, Kylie, you cut it.”

“How short?” Kardashian asked in the next upload, “Jen, how short should she cut it?” Atkin didn’t answer, however, and seemed comfortable enough to leave the teen makeup mogul in charge. And Jenner dove right in, snipping away at the ends of her older sister’s extensions. “Oh, she’s started,” the Good American founder said.

The final look is a perfect lob. We must say, Atkin (with a little help from Jenner) did a pretty bang-up job! Kardashian clearly agrees, saying, “You guys, how cute is my hair!?” as Atkin tousles the newly shorn locks.

Lest you start trying to make an impossible appointment with the budding stylist, however, you should probably know that it wasn’t Kardashian’s real coif that Jenner was snipping. “Guys, I didn’t cut my real hair,” she explained in a follow-up snap. “I braided up all my long hair, and I sewed on extensions, and we cut extensions…. I’ve waited far too long to grow out my hair to cut it.”

Would you let your sister cut your extensions? Tell us over @BritandCo.

Nicole Briese
Nicole is the weekend editor for Brit + Co who loves bringing you all the latest buzz. When she's not busy typing away into the wee hours, you can usually find her canoodling with her fur babies, rooting around in a bookstore, or rocking out at a concert of some sort (Guns N' Roses forever!). Check out all her latest musings and past work at nicolebjean.com.
Celebrity Hair
Hair
Celebrity Hair Kardashians Kendall Jenner
More From Hair