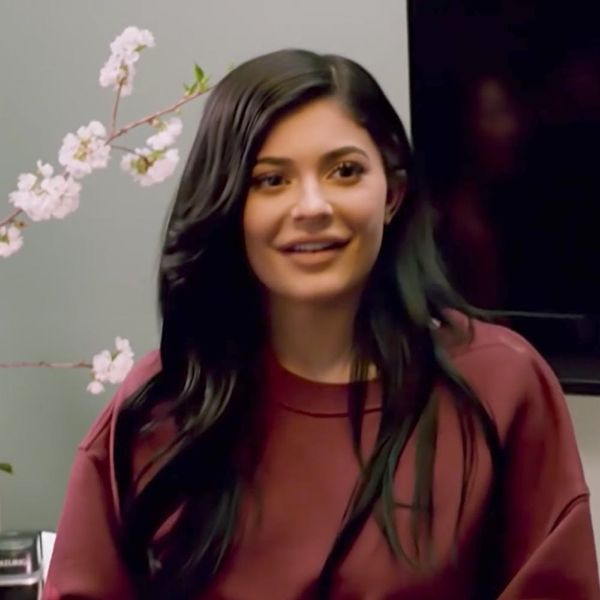 The “Did Kylie Get Lip Plumpers?” episode of Keeping Up With the Kardashians is one of the finest hours of television ever, so it’s only fitting that we have now been #blessed with Life of Kylie, an already controversial weekly half hour glimpse into the world of Kylie Kristen of the House Jenner, Fifth of Her Mother’s Daughters Whose Names Start with “K”, Queen of Snapchat, Break-upper of Tyga, and Mother of Weird Tiny Greyhounds.

Up to this point, she assures us, we’ve only gotten to see a superficial version of Kylie on television and now we finally get to see the real Kylie. If what we’ve seen up to this point is artificial, the real Kylie could be just about anything or anyone! My money’s on Kylie actually being a James Franco performance art project, a twist that will happen around episode eight. But first, Real Kylie has to do real things that a real Real Kylie might actually do, yeah?

Real Kylie decides she wants to go to prom with one of the many total creeps who have asked her out on social media. Her best friend, Jordyn, encourages her to go to prom with Albert, a sweet and handsome guy who may or may not have been teased at some point in life. Real Kylie knows all about teasing from life in the spotlight, so she decides to change Albert’s life and improve it dramatically by being his date to prom. Albert is cute enough to be the prom date on a television sitcom, making this totally plausible. Not 10 minutes in, I’m already feeling supreme realness.

But Albert’s prom dreams of limos, corsages, and the prom queen’s humiliation when it is revealed that she killed her best friend with a jawbreaker may be dashed before the end of his tux fitting. Real Kylie’s plane isn’t working! It’s the transponder or something! Will Real Kylie and crew make it on time to go to Albert? Will they have to fly commercial? Her enormous lips quiver as she worries about having to actually go to an airport but, thankfully, a different private jet ushers her to Prom Town.

When she reveals to Albert that she’s his prom date, Albert’s reaction is something of a reserved surprise. Let’s be real. This kid was not planning on going to prom and probably smoked a whole lot of weed only to be surprised by his mother with cameras, a tux fitting, and Kylie Jenner. This is a baby stoner’s worst nightmare. He pulls it together enough to be a dashing date to Real Kylie, who has never been to prom before. Sure, her entrance causes a mad scene and she totally takes all of the attention away from that homicidal prom queen, but it’s as real as a Real Kylie prom could possibly be and now Albert will always have the memory of that time an Instagram selfie made him go to his stupid school dance.

Later, Real Kylie sets up Jordyn on a blind date, where we get the first indication that she and Jordyn are a little too close. She makes Jordyn wear an earpiece connected to an enormous walkie talkie and shouts at Jordyn throughout the entire date. She says Jordyn’s ready for a relationship but is Real Kylie ready for that? She demands that Jordyn cut the date short and Jordyn doesn’t seem particularly upset. After all, she’s constantly bearing witness to something akin to being up close to a cocoon that cracks and oozes before opening up to reveal a Real Kylie butterfly.

In the process of interviewing for the show, Real Kylie realizes that she enjoys talking about herself and wants to attend therapy, and boy does she dress the part. She sports a cool mom outfit with a form-fitting beige sweater, almost flattering mom jeans, and some Pocahontas hair extensions that look like a friendly hairy monster’s arm protecting her from Twitter haters. She tells her therapist that she regrets losing her sense of humor and putting her guard up in her social media posts. Each selfie is part of her chain mail with a thick layer of Kylie Cosmetics providing additional safeguard. That lip kit is her sword and shield as she fights to be Real Kylie. So. Damn. Brave.

After therapy, she takes a nighttime beach stroll with Jordyn and reveals that she is not like her sister, Kendall. Kendall can get totally put together for a trip to the grocery store, where Real Kylie feels too much pressure in public. She must keep up appearances to sell those Kylie Cosmetics but what she really wants to do is wear sweatpants. Just like that, this season’s arc is set. Over the next eight weeks, we’ll watch Real Kylie as she goes on a very emotional journey to reach a point where she’s always wearing sweatpants. I’ll be with you every step of the way, girl. Get your comfort.