This Is What Happened to Kylie Jenner’s Met Gala Dress 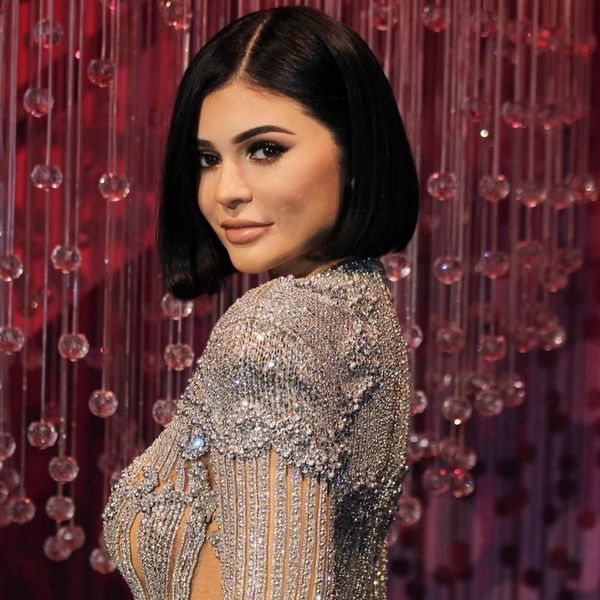 Kylie Jenner was recently granted the ultimate A-list status symbol: a coveted wax figure in Madame Tussauds’s collection in Hollywood. At the unveiling of her very own statue, we noticed that the wax Kylie was wearing a verry familiar dress.

The wax figure donned none other than the youngest Kardashian-Jenner’s sparkly Balmain gown that she wore to the Manus x Machina themed Met Gala in 2016.

You know, the gorgeous dress that actually made her bleed by scratching up her legs? Hey! At least wax mannequins don’t have to worry about that problem! It looks like the makeup mogul even donated the same heels to the statue.

I made her FaceTime my whole family .. fooled everyone 😫😍

After she posted a photo on Instagram that showed her posing with her doppelgänger, Jenner posted another one of the two of them with the Snapchat dog filter treatment and revealed that she pranked her family with how realistic her figure looked.

Can you blame them, though? That thing might be one of the most convincing wax figures yet, unlike this unfortunate Beyoncé one in NYC.

What do you think of Kylie Jenner’s wax figure and the prank she pulled? Tell us @BritandCo!

Shea Lignitz
Shea can be found in the nearest bookstore or brewery, exploring the great outdoors, or blasting Led Zeppelin. She grew up in the cold and rain of Northern California's redwoods but is currently wandering around Texas.
Designer
Celeb Style
Designer