Kylie Jenner Is Being Sued for Her “Life of Kylie” Logo 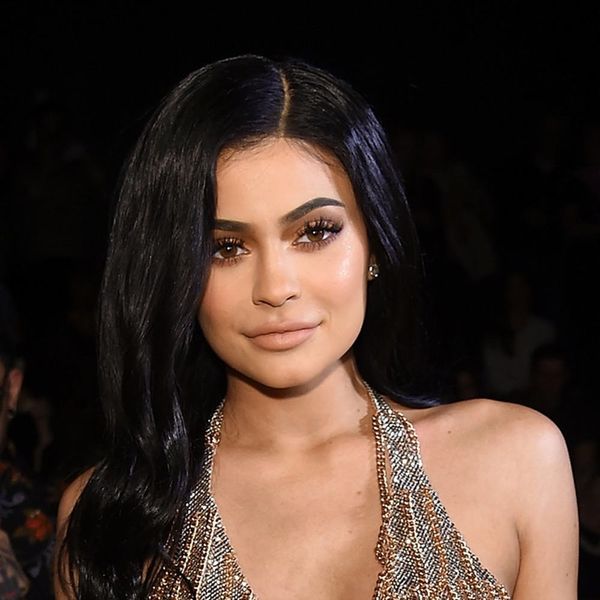 Ruh-roh. Kylie Jenner is in legal trouble (again); this time for allegedly stealing the logo design of her upcoming E! reality series, Life of Kylie.

British artist Sarah Pope saw something familiar in the show’s promo and slammed NBC Universal (E!’s parent company) and the Keeping Up With the Kardashians star. The piece, called “Temptation Neon” and created in 2015, shows a mouth with upper teeth biting down on the lower lip outlined in neon.

Just filed: @KylieJenner & @NBCUniversal are getting sued for © violations. And it doesn't look good. https://t.co/QuH17Nez5U pic.twitter.com/hI9ggn8ZaJ

Pope claims that “Temptation Neon” is her most famous piece of work, so she was not thrilled when the copycat image started to show up in relation to Jenner’s upcoming reality show. In the wake of several other claims that Jenner has stolen intellectual property, Pope wanted to take action.

And it’s not the first time Jenner’s lip art has gotten her in hot water. Makeup artist Vlada Haggerty has been one of the most outspoken critics against Jenner’s beauty team for stealing promo images for Kylie Cosmetics and even the logo for her lip kits.

There’s no word yet from the Jenner team or NBC Universal. Life With Kylie premieres August 6.

Do you agree with Sarah Pope’s accusations? Tell us what you think of the latest Jenner lawsuit @BritandCo!

Elyse Roth
Elyse Roth is a freelance writer and editor who is a midwestern transplant in NYC. She loves to explore the city, plus you can find her at a Broadway show or the ballet usually once a week. When she's not finding things to do in New York, she's thinking about where she can travel next. She's combined her love for food and TV into a blog where she makes food eaten on her favorite TV shows at tvdinnerblog.com.
Controversy
TV
Controversy Kardashians Kylie Jenner
More From TV