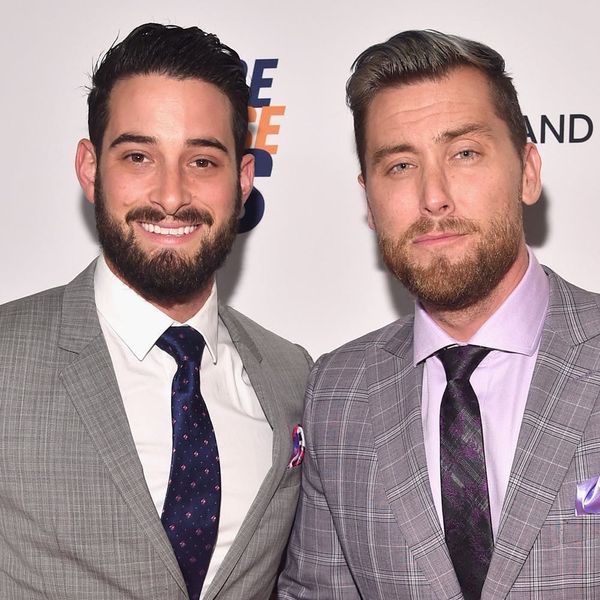 It’s been an exciting year for Lance Bass. Not only is his former band, *NSYNC, celebrating its 20 year anniversary with a “Dirty Pop-Up” shop, he’s made the first steps toward becoming a dad!

The 38-year-old revealed to ET that he and husband Michael Turchin, who he married back in 2014, have begun the process of expanding their family.

“Just last week, [we] started the process,” he revealed. “So we’re excited, and it’s going a lot faster than we ever thought, which is kind of freaking me out. I thought we had a good, like, year to really choose things, but it’s going so fast. I mean, we’ve met with surrogates, we’re looking at eggs, we now have the person representing us, and contracts are being made, and it’s such a process that we had no idea existed. But it’s also fascinating too. It’s already amazing.”

For Valentines I took @michaelturchinart to Paris. How romantic! 🙄

Despite his nervous excitement, adding a baby to their brood, which also includes several pups, is something Bass has been planning for some time. “I mean, the reason I wanted to get married to this guy is that I know he’ll be an amazing dad,” he gushed of his hubby.

The pop star will reunite with his bandmates on April 30 to receive their joint star on the Hollywood Walk of Fame.

Are you excited to see little Lances? Sound off over @BritandCo.