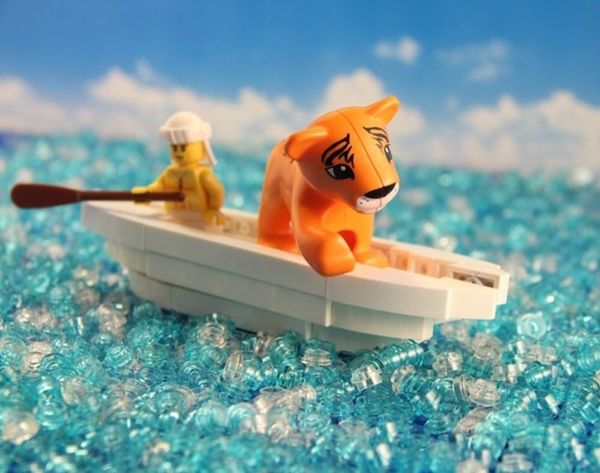 When we were playing with LEGOs, we made, like, small houses, boats… once we made a dinosaur. When Scottish 15-year-old Morgan Spence plays with LEGOs, he makes incredible stop-motion animation videos, and he’s been doing it for the last three years. Another LEGO artist, Warren Elsmore, enlisted this teen to create a promotional video for his new book Brick Flicks, and Spence used the project to put together a LEGO tribute to some iconic moments in cinema. It’s (duh) awesome.

During the clip, you’ll catch classics like Breakfast at Tiffany’s, Titanic, Life of Pi, E.T. and more — all made with LEGOs. “Lego is the perfect medium for animation, because it is almost as if it’s been designed for animation,” Spence says. “The scale and minifigures work really well for walking and adding in movements and character.” To create the short film, Spence worked on a new scene every day after school (hope he had a snack first!) and borrowed custom-printed characters from Elsmore and minifigs.me.

Keep scrolling to peep your eyes at stills of some of our favorites.

9. Singing in the Rain

So, what did you do after school/work yesterday? Did you not create a LEGO movie of your own? Hop to it… or just enjoy Morgan’s work with a glass of wine.

Which movie has this inspired you to re-watch? Let us know in the comments!