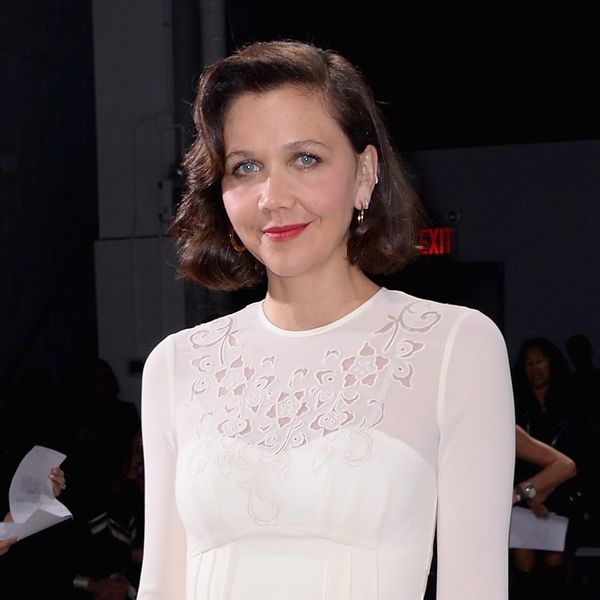 Taylor Swift may be ready to ditch her old persona as she embraces her new Reputation, but not everyone has forgotten about the singer’s past. On Tuesday’s episode of Watch What Happens Live, host Andy Cohen asked guest Maggie Gyllenhaal — whose brother, Jake, dated Swift in late 2010 — about a reference in one of the “Bad Blood” performer’s older songs. That is, whatever happened to the scarf mentioned in “All Too Well”?

In case you need a refresher, Swift opened the tune (from her 2012 album, Red) with the lyrics: “I walked through the door with you, the air was cold / But something ’bout it felt like home somehow / And I left my scarf there at your sister’s house / And you still got it in your drawer, even now.” The track is widely believed to be about Jake, which would make Maggie the aforementioned sister.

It turns out, though, that the actress doesn’t know much more than we do. “I never understood why everybody asked me about this scarf,” she said while promoting her new HBO show, Deuce, on WWHL. “What is this?”

After the host gave her a little backstory and tried to explain the specific lyric, Gyllenhaal responded with a bit of confusion, saying, “I am in the dark about the scarf.” She added, “It’s totally possible. I don’t know. I have been asked this before and I’m like, ‘What are you talking about?'”

Of course, it’s worth noting that fourth line — “And you still got it in your drawer, even now.” If Swift did leave anything behind, it’s possible that her ex grabbed it (and kept it?) without his sister ever knowing.

Alas, we may never know for sure. That is, unless Jake wants to fill us in on his side of the scarf story.