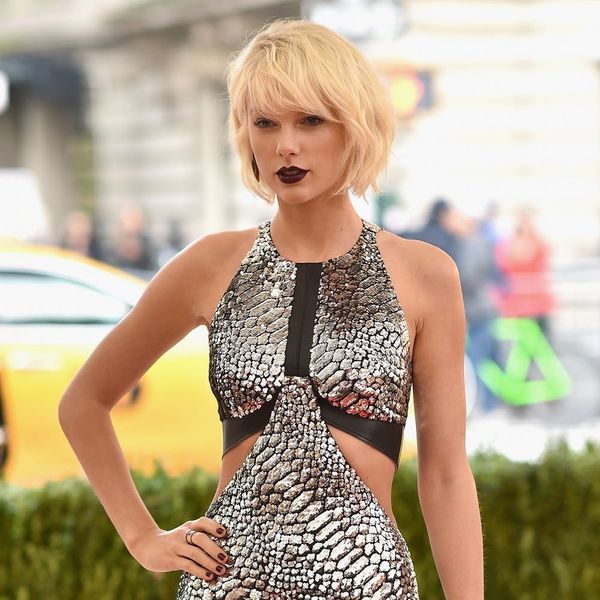 Back in August, Taylor Swift announced the upcoming release of her new album Reputation, her first new record in over three years. To no one’s surprise, her announcement — and the subsequent songs and visuals — immediately dominated the music conversation, and they’ll likely continue to do so until Reputation is released.

We rounded up everything you need to know about the album below and will update this post as more information becomes available. Bookmark this page for all of your Reputation needs!

How many songs will be on it? The iTunes pre-order preview shows 15 tracks. “…Ready for It?” is the first song, while “Look What You Made Me Do” is track six.

What are the song titles? So far, we only know the names of the released singles, “Look What You Made Me Do” and “…Ready for It?” Eagle-eyed fans have pointed out, however, that Swift may be hiding clues about another song’s name in plain sight. When “LWYMMD” was released, the Instagram caption read, “…ready for it? New single #LookWhatYouMadeMeDo out now.” The second single was, of course, called “…Ready for It?” — so fans think the name of the third single might be in the caption of the “…Ready for It?” reveal, which read, “A second glance into #reputation…ready for it?” Could the next song be “Second Glance”?

What is it about? Um, the better question might be who is it about. When the first single, “Look What You Made Me Do,” dropped in late August, fans floated several theories on who the song was about, with the frontrunners being Kim Kardashian, Kanye West, and Katy Perry. The second single, “…Ready for It?” — with its lustful lyrics — is believed to be about Swift’s rumored BF Joe Alwyn — although some Haylor (that’s Harry Styles and Taylor Swift) shippers remain convinced it’s about Styles.

Swift doesn’t shy away from writing about her relationships, so it’s likely that there will be more romantic lyrics to decipher on Reputation. But if the first single is any indication, this album is also going to be jam-packed with a look (and clap) back at all the drama she’s faced in the recent past.

What will it sound like? Swift’s first two Reputation singles signal a darker electro-clash sound that distances her ever further from her country roots. There are harder beats and more electronics than we’ve heard on any previous Swift song, and, for better or worse, more “talk-singing” (AKA rapping). Swift seems to be moving away from anthemic choruses in favor of sticky pre-choruses and bridges, but so far, it sounds like Reputation is going to have more than its fair share of memorable hooks.

Who worked on it? So far, we know that Swift wrote and produced the album with Max Martin, Shellback, Ali Payami, and Jack Antonoff, all of whom Swift has worked with in the past. One-hit-wonders Right Said Fred also have a writing credit on the album, since their song “I’m Too Sexy” was interpolated on “Look What You Made Me Do.” (Spoiler alert: They loved it.) It’s possible there could be even more names in the credits as songs are released, though (and maybe a special guest or two), so we’ll keep our eyes peeled.

What will it look like? The first visuals Swift dropped on Instagram for Reputation and the lead single “Look What You Made Me Do” were dark: a slithering snake, stark blacks and whites, and bold blood reds. Swift herself showed off an edgier look on the album cover, wearing a chain choker, dark lips, ripped clothing ,and slicked-back hair. The “LWYMMD” video was equally as menacing, and featured a vengeful Swift supposedly stomping all over her haters.

The color scheme took a turn toward a bright, fiery orange in the teasers for the latest single, “…Ready for It?” So far, the visual album rollout is a far cry from the nostalgic filters and pastels of previous album covers.

A second glance into #reputation...ready for it? Link in bio.

Swift’s image overhaul technically started over a year ago, when she bleached her hair platinum blonde for her Vogue cover (photographed by the same guy behind the Reputation cover, Mert Alas) and rocked a memorable goth-chic look for the 2016 Met Gala. She more or less dropped out of the public eye shortly thereafter.

Will she tour the album? It seems very likely. No dates have been announced and tickets aren’t on sale yet, but Swift announced a new ticketing system that gives fans access to exclusive tickets — which means a tour is imminent. The program came under fire for encouraging fans to buy merch and watch videos to have a chance at scoring better tickets, but Swift’s website says the system is to ensure that scalpers and bots don’t take tickets out of the hands of her fans.

What do you think of the first Reputation singles? Tell us @BritandCo.