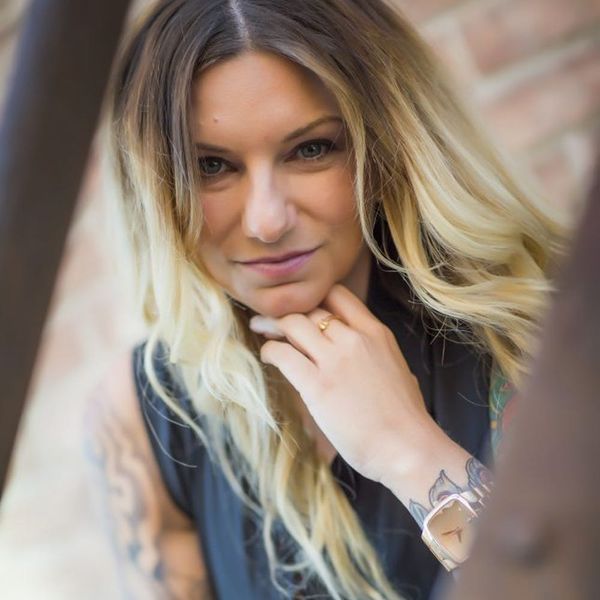 The first national event for US women’s motocross was held in 1974, and yet, the sport still remains male-dominated. To make matters worse, women who do compete don’t receive the same attention, validation, or resources as their male counterparts. For women in the sport like Amanda Marvin, having her performance judged on the basis of her gender is nothing new.

As a criminal defense attorney, Marvin has experience being in a male-dominated field. She’s used to going up against expectations that she’s not as good as men who do the same job as her. And she began riding motocross knowing that women in sports were judged more harshly.

“You could put a beginner guy against a beginner girl and they’ll make comments about the girl,” said Marvin.

She only began riding three years ago at 28 years old, a late age for motocross riders. It took nothing more than watching a friend ride for her to decide she wanted to give it a try, too.

“I was on the bike for three seconds before I crashed and cut up the right side of my body. But I said, ‘give me the bike back, I want to try again,’” described Marvin. She began racing shortly afterward.

Riding dirt bikes has also helped in other aspects of her life by encouraging her to be more confident. She explained that the easiest way to get hurt in motocross is if you hesitate.

“If you’re coming at a jump and question if you can do it at the last second, that’s when you get hurt. You need to have confidence and commit to what you’re doing,” declared Marvin.

That confidence is contagious. Marvin continues to be surprised by the number of women that approach her for advice about her sport when only a couple of years ago she was a beginner herself. She’ll often get private messages on Instagram asking if it’s too late to start riding, to which she always answers ‘no.’ She notes with pride that she’s inspired many of these women to go out and buy bikes of their own.

Marvin was recently selected to be a part of Toyota and Supercross’ #MakeUp2Mud Campaign, which was created with the intent to showcase the many ways women are impacting the world of motocross both on and off the bike. And now that it’s very much real, Marvin feels that the initiative has legitimized her passion for the sport. It’s also opened her up to a network of female riders; 14 other women were selected to represent #MakeUp2Mud based on their diverse backgrounds and general passion for the sport, including Kylie Fasnacht, a 3-time pro-woman’s motocross champion and Chrissy Totilas, a neonatal ICU nurse when she isn’t racing.

That opportunity to inspire girls and women of all ages and motivate them to get involved in motocross is not something that Marvin takes for granted. She considers it more rewarding than any trophy she’s received.

“Since the age of 16, my mantra has always been ‘dare to dream’ and that shaped the way that I do everything. That’s exactly what I would say to girls who are hesitant to ride,” affirmed Marvin.

What are your thoughts on the #MakeUp2Mud Campaign? Tell us @BritandCo!

Natalie Zisa
Natalie Zisa is a freelance writer based in New York City. When she's not writing about inspiring women, she's pursuing dance professionally. Otherwise, you can find her searching for free fitness classes, lip syncing to her favorite Italian music, and enjoying her mom's homemade pizza. If she could interview one person, it would be Chelsea Handler.
Empowering Girls
Empowerment
Empowering Girls Ladies First
More From Empowerment