See Margot Robbie Take the Ice As Tonya Harding in the First “I, Tonya” Teaser Trailer 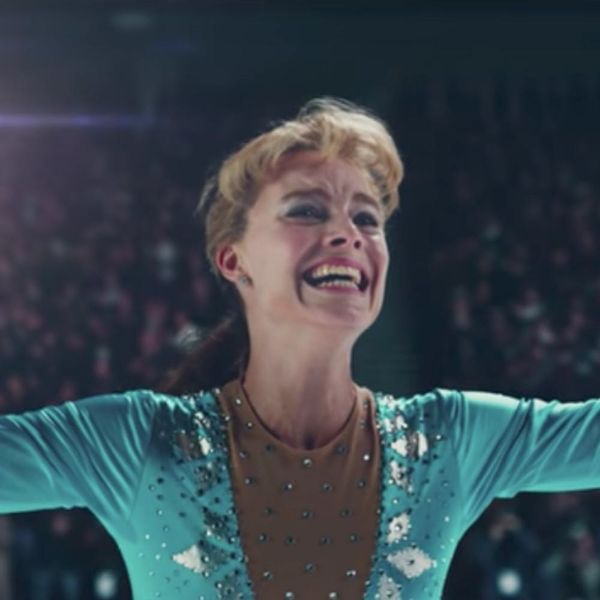 Margot Robbie completely transformed herself into Tonya Harding for her new movie I, Tonya. The film will tell the story of the competition between the controversial figure skater and her rival Nancy Kerrigan, which ultimately led to a shocking attack. Neon just shared the first teaser trailer for the flick on YouTube, and it’s pretty intense.

The teaser opens with Robbie, as Harding, crushing her cigarette butt with her skate guard, which sets the tone right away. From there, we see the once-promising young athlete — the first American woman to complete a triple axel in competition — making her way onto the ice, where she proceeds to dazzle the crowd with her routine. Intercut with the footage are flashes of her life off the ice and brief hints at the incident that ruined her career.

A two-time Olympian and two-time Skate America champion, Harding was on her way to earning even more medals when she found herself embroiled in one of the biggest sports scandals of our generation. When Kerrigan was attacked by a man who turned out to have been hired by Harding’s ex-husband and sometime bodyguard, the skater was accused of being involved. Though she denied any wrongdoing, the fallout was immediate and unrelenting. She eventually pled guilty to conspiring to hinder the prosecution.

The movie will chronicle the scandal and its aftermath, with Sebastian Stan playing Harding’s ex, Jeff Gillooly, and Allison Janney stepping in as her mother, LaVona Golden.

But this is no rosy retelling of recent history. Instead, it’s a dark comedy that makes Harding’s point of view about the “truth” perfectly clear when she states in no uncertain terms, “It’s bullsh*t.”

I, Tonya is due to hit theaters in New York and LA in December, and nationwide in January. We’re sure plenty of fans will be eager to delve into this unflinching look at one of the strangest incidents in American sports.

Are you excited for I, Tonya? Let us know @BritandCo!