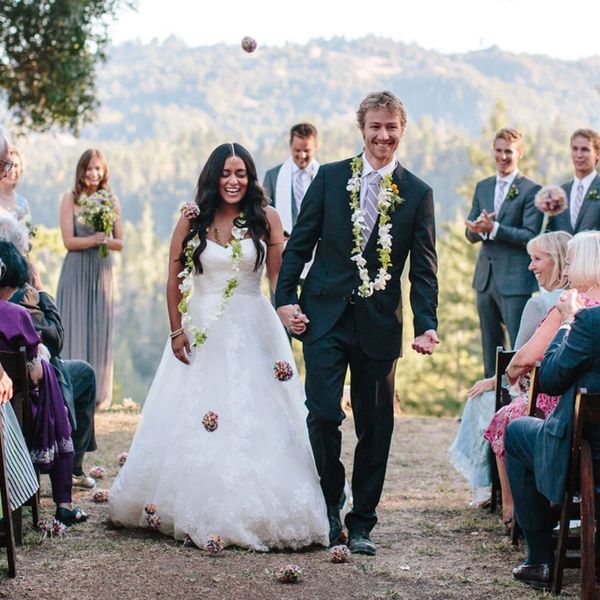 If you’re anything like us, you may be approaching that age where engagement photos are starting to crowd your social feeds. It’s usually with a mouth full of cold pizza that you mutter to yourself, “What? Weren’t we just skipping class together?” While you may currently consider that two-week Tinder fling a serious relationship, a new study suggests you may not want to wait too long before settling down if you want to avoid divorce (which, you know, hopefully you do).

According to new research from the Institute of Family Studies, Nicholas H. Wolfinger found that, as you may be able to guess, age has a whole lot to do with the likelihood of divorce in couples. To figure out the ideal age to get married, Wolfinger collected data between the years of 2006 and 2010 from the National Survey of Family Growth. Through his research he found that tying the knot between the age of 25 to 32 could be the secret to a lasting marriage.

Wolfinger discovered that teens ran the highest risk of divorcing in the first five years of matrimony (a 32% risk to be exact). That percentage went down twelve points for folks who married between ages 20 and 24. But couples who waited until they were between 25 and 29 only faced a 15% risk, with the 30- to 34-year-olds coming in at a mere 14%. But here’s where it gets interesting. Couples who married after 34 actually saw a spike in the likehood of divorce. That age group’s percentage climbs back up to 19%. According to Wolfinger’s research, the ideal age to walk down the aisle is around 32.

While there isn’t a definite reason as to why the divorce rate creeps back up after 34, Wolfinger mentions that he thinks it may have something to do with the personality traits of those who choose to wait. He says, “the kinds of people who wait till their [30s] to get married may be the kinds of people who aren’t predisposed toward doing well in their marriages. For instance, some people seem to be congenitally cantankerous. Such people naturally have trouble with interpersonal relationships. Consequently they delay marriage, often because they can’t find anyone willing to marry them.” Yikes… that seems a little harsh, Nicholas.

Hear something that sounds a little bit like hundreds of mouse clicks? That’s the sounds of singles all across the country reactivating their dating profiles.

What age did you get married? Tell us your thoughts on this study in the comments below.

Cortney Clift
Cortney is the senior writer and special projects editor at Brit + Co. She typically covers topics related to women's issues, politics, and lifestyle. When she's not buried behind her computer you'll find her exploring New York City or planning her next big adventure.
marriage
Home News
marriage
More From Home News