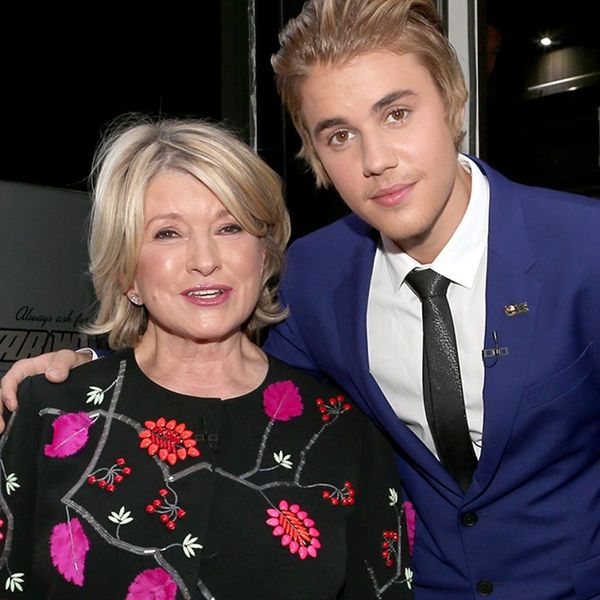 In the celebrity world, there are one-hit wonders and then there are superstars who transcend the medium they’re most known for. Beyoncé, born in music, has become a religion, called into our lives to consult on anything from veganism to feminism. To call Nicki Minaj simply a rapper is stripping her of the titles (Actor! Perfumist! Designer! Dream BFF!) this mogul multihypenate deserves. Blake and Gwyneth have jumped from the big and small screens to your computer screen, doling out luxe LIVING tips while peddling handmade, artisanal, any/every thing. But let the record show that no bitch is/possibly ever will be badder than Martha mother effing Stewart.

Last night Comedy Central finally aired their Justin Bieber roast and the Queen of Lifestyle took to the mic then immediately dropped it on every guest there and Biebs himself. She razzed herself, brought up her time in the slammer, hit on the 21-year-old, made some artful gardening jokes — all while sharing a favorite recipe and an easy DIY tip or two.

Check out the video below but be warned that Martha uses some seriously NSFW language + fires off a steady stream that will have you LOLing at your desk and picking your jaw up off the floor.

Did you watch last night’s Bieber Roast? If you could steal some of Martha’s sage wisdom, what would you ask her?!

Lisa Raphael
In her past professional lives, Lisa has served the masses as the Editorial Director at Brit + Co, Bieber Whisperer at J-14, Golden Girls Fan Club Prez at Lifetime and Talk Show Host Understudy to Katie Couric. Now, she's taking on the sports world at The Relish, teaching Hairography 101 in her spare time and will forever be trying to fill the hole Zayn Malik left in her heart.
Party