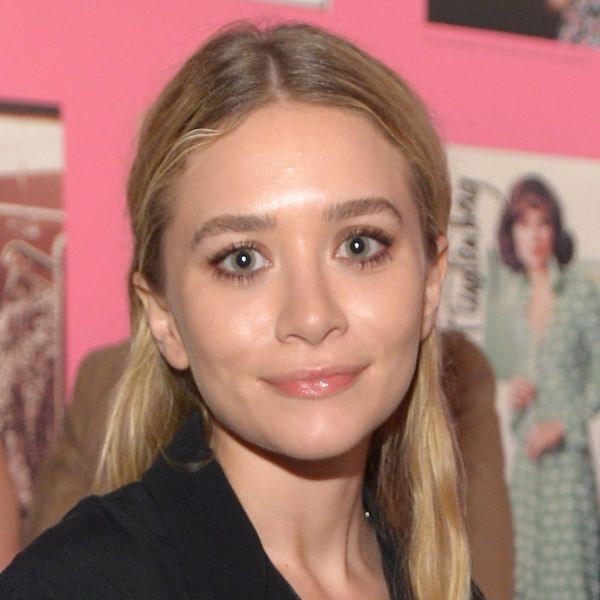 There are private celebs (see: Eva Mendes, who just revealed why we never see her on the red carpet anymore), and then there’s ULTRA private celebs. Fashion moguls Mary Kate and Ashley Olsen definitely fall into the latter category — they didn’t even debut their first selfie until spring of just last year!

It’s a fact the power duo acknowledged in a new interview with Net-a-Porter’s magazine, The EDIT. “We don’t dive into that world [of social media]; we don’t have Instagram or Facebook, so we’ve never been connected to our customers or our fans in that way,” Ashley told the mag.

It’s part of the reason Mary Kate, who has been married since November of 2015, has been able to keep her life with husband, Olivier Sarkozy (who just so happens to be the half-brother of former French President Nicolas Sarkozy), mostly out of the public eye: She even had a completely phone-free ceremony! Though we got a glimpse at her perfect wedding ring set, she’s never publicly spoken about Sarkozy: until now.

When the 30-year-old twins were asked how they deal with having a work-life balance, Mary-Kate offered up some insight on her own home life that was surprisingly… relatable?

While Ashley mentioned that she has had to learn how to take her work hat off (“It has taken a lot for me to figure out how to vacation,”) Mary Kate discussed keeping up with her other duties as a wife and step-mother. “I think we’re lucky [working hard] comes naturally for us,” she said. “We don’t have so much time to sit and think and ponder. But then I have a husband, two step-kids, and a life; I have to go home and cook dinner. I ride horses on the weekends. You have to find the thing that helps you relax, and if you don’t have it, you have to look for it. Or you get burned out and then you’re not productive.” PREACH, sister!

Huh! Even though we’re finding it super hard to picture the ultra-glam MK toiling away in the kitchen, it kind of makes us love her even more, as on some level, deep down, girl is just like the rest of us trying to do it all: She’s just impeccably dressed while doing so.

What do you make of MK’s relatable revelation? Share with us @BritandCo.

Nicole Briese
Nicole is the weekend editor for Brit + Co who loves bringing you all the latest buzz. When she's not busy typing away into the wee hours, you can usually find her canoodling with her fur babies, rooting around in a bookstore, or rocking out at a concert of some sort (Guns N' Roses forever!). Check out all her latest musings and past work at nicolebjean.com.
Celebrity Couples
Celebrity News
Celebrity Couples interview love work