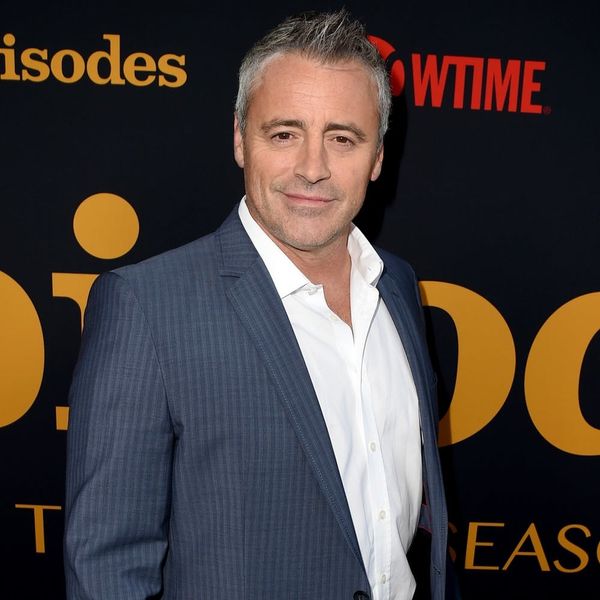 Over the years, we’ve come to adore each and every cast member on Modern Family, which makes it impossible for us to imagine anyone else in their roles (although we fully admit that we *loved* when the Beckhams took over for the Dunphys). But what if we were to tell you that Friends alum Matt LeBlanc (yep, Joey Tribiani himself) could have starred on the wildly popular comedy? Because that *almost* happened.

It may take you a moment to picture LeBlanc as quirky real estate agent Phil Dunphy, but the actor told USA TODAY that he was offered the part in 2009. “[The pilot] came across my desk with an offer to play Ty Burrell’s role,” he shared.

It turns out that while the Dunphy dad character had been written with Burrell in mind, and he was in fact the actor that producers wanted for the role, the bosses at ABC weren’t on board. That prompted the Modern Family peeps to look for a big-name star to fill out their cast.

LeBlanc, who was in between projects after the cancellation of his post-Friends spinoff, Joey, seemed like the perfect fit — to pretty much everyone except LeBlanc himself. “I remember reading it thinking, this is a really good script, [but] I’m not the guy for this. I’d be doing the project an injustice to take this,” he recalled. “I know what I can do, I know what I can’t do. Plus, I’m having too much fun laying on the couch.” Fair enough.

With LeBlanc out of the running, Burrell was finally offered the role that had been written for him in the first place, and the now-beloved Phil Dunphy was born.

We wouldn’t want it any other way — although, it would have been cool to see LeBlanc reunite with Ed O’Neill, who, before starring as Jay Pritchett on Modern Family, played Al Bundy on Married … With Children, where LeBlanc appeared as Kelly Bundy’s boyfriend, Vinnie Verducci.

That role led to a spinoff, Top of the Heap, which was canceled after just a few episodes. All’s well that ends well, though, as LeBlanc later wound up on Friends in a role he was born to play — just like Phil Dunphy was for Ty Burrell, TBH.

Be sure to check out Modern Family‘s ninth season when it begins Wednesday, September 27, at 9pm ET on ABC.

Can you imagine Matt LeBlanc as Phil Dunphy? Let us know @BritandCo!