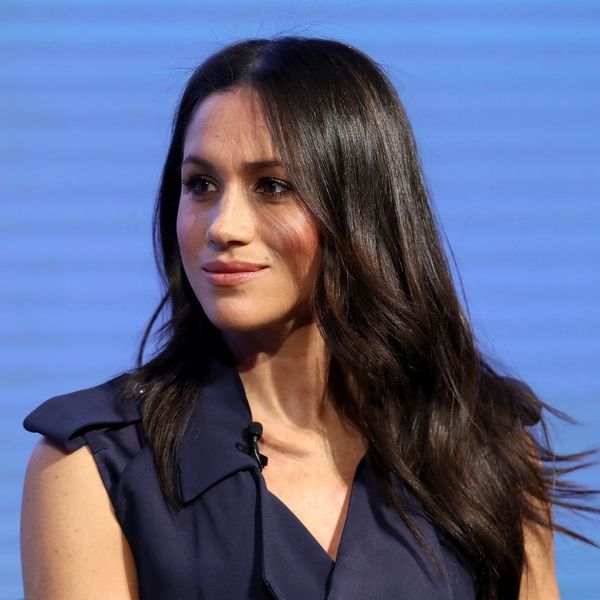 Meghan Markle just continues to impress us with her poise under pressure. Appearing onstage at the Royal Foundation Forum in London on Wednesday, the former actress seemed at ease answering questions alongside her fiancé, Prince Harry, and her future in-laws Prince William and Kate Middleton during their first official public engagement together. And her response to one inquiry in particular made it clear that she’s ready to join the royals in using their positions for the good of others.

Asked how she intends to contribute to the royal family, Markle revealed that she’s already “quietly” working with organizations behind the scenes so she’ll be able to put her plans into action as soon as she officially takes on her new role when she’s married in May.

She also took a moment to focus on something she’s noticed through her advocacy work, telling the crowd, “I hear a lot of people saying when speaking about girls’ empowerment, finding and knowing their worth, and women’s empowerment as well — you’ll hear often people say that you’re helping women find their voices.” And while that may sound like a good thing, Markle continued, “I fundamentally disagree with that because women don’t need to find a voice — they have a voice. They need to feel empowered to use it and people need to be encouraged to listen.”

She went on to connect her thoughts to the current changes happening in Hollywood. “I think right now in the climate we’re seeing with so many campaigns, with #MeToo and Time’s Up, there’s no better time than to really continue to shine a light on women feeling empowered and people really helping to support them — men included in that,” she said. “It makes such a tremendous difference.”

Returning to the question of how she intends to contribute to the royal family, Markle smiled and said, “I guess we wait a couple months and then we can hit the ground running.”

Meghan says she’s keen “to hit the ground running” and spoke about the importance of empowering women (with a shout out to #MeToo and #TimesUp ) pic.twitter.com/w0cfBLD1OS

What causes are you most passionate about? Let us know @BritandCo!