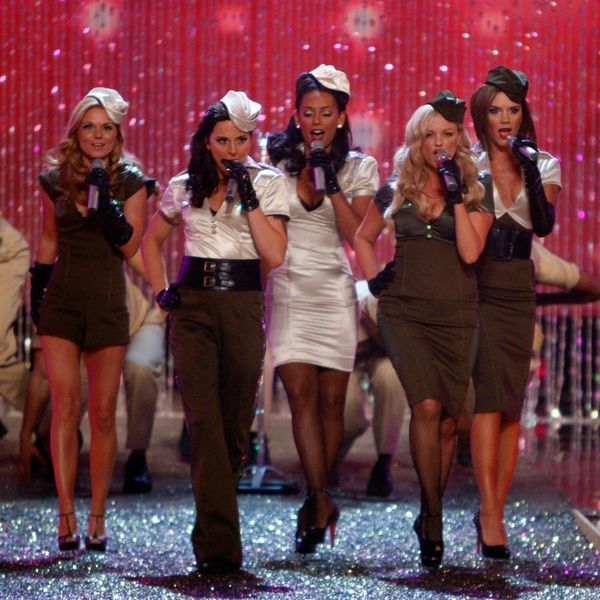 We’ve been teased with news of a Spice Girls reunion before, first with rumors of a full tour, then with reports about an animated movie, and then with hints about a performance at Prince Harry and Meghan Markle’s wedding — none of which actually came to pass. According to Mel B, though, the ladies are “finally” getting back together.

When Kotb brought up the fact that Victoria Beckham (AKA Posh Spice) told British Vogue that the “girls aren’t going on tour,” Mel B responded, “She’s always bloody saying that. Stop it! We are touring!”

She then had a brief moment of hesitation, asking, “Should I have really said that out loud?” But she ultimately doubled down on her statement, telling Kotb, “Yes, we are going to be doing performances together, for sure.”

Of course, we’ve heard that before. Even Mel B admitted she’s “been saying it for years.” But we’ll keep our fingers crossed that this time it’s real.

As for her absence from the royal wedding, the America’s Got Talent judge said that she had to skip it to deal with some personal issues. “You know what happened? I got divorced and I had to go to court. Real-life problems,” she said.

Mel B also reminisced about the start of the Spice Girls, recalling how the five met in London and ended up living together while trying to make a name for themselves. “We all knew each other from the scene and we were all kind of friends and we were all so different, we just blended,” she said. “It’s just like a jigsaw puzzle that just worked.”

Maybe the pieces of that puzzle are finally coming together again.

Do you think the Spice Girls will reunite for a tour? Let us know @BritandCo!

Desiree O
Desirée O is a ‘Professional Bohemian’ who loves anything and everything related to the arts, entertainment, and pop culture. She ADORES being a ‘Newsy’ for Brit + Co, covering all of the latest tidbits of awesomeness that you want to read about. When she’s not writing, she’s either making messy art, going on long adventurous walks with her camera, or poking around over at bohemianizm (http://www.bohemianizm.com/). You can find out about Desirée O and her work at http://DesireeO.com/ or follow her on Twitter @DesireeO.
Music
Music
Music Nostalgia
More From Music