Are the Spice Girls Performing at Prince Harry and Meghan Markle’s Wedding? 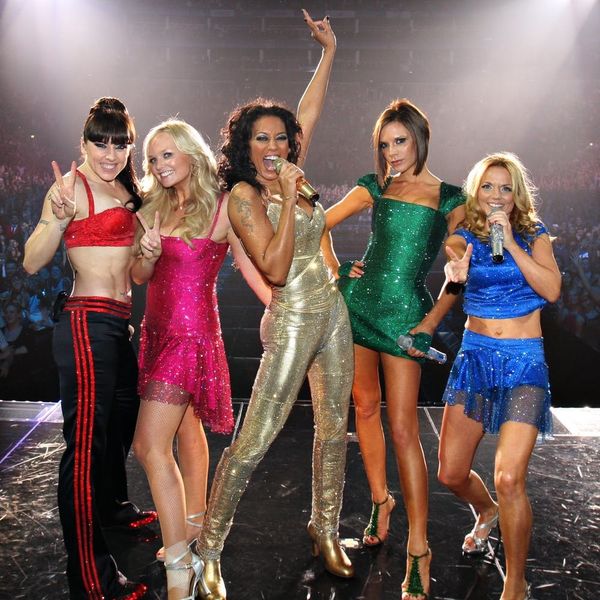 There’s been a lot of speculation about what the Spice Girls might be up to ever since the fab five confirmed that they’re “bouncing ideas around” for a reunion. And according to a new interview with Mel B, one of the items on their upcoming agenda may be a performance at Prince Harry and Meghan Markle’s wedding.

The singer hinted as much during an appearance on The Real. Asked if she knew anyone who had already been invited to what will surely be the royal event of the year, Mel B simply nodded, and when the excited hosts pressed her to reveal whether that meant that she had been invited, she continued to nod, finally saying quietly, “I’m going.”

While she confessed that she wasn’t sure if she was supposed to share that on camera, she went on to say that all five members of the Spice Girls had been invited to the May 19 event.

Naturally, the hosts grilled her for more info and asked if the beloved girl group might perform at the wedding. At that, Scary Spice heaved a sigh of frustration before quipping, “I’m going to get fired.” The ladies at the table took this to mean that the Spice Girls will indeed be singing a song or two for the newlyweds. And although Mel B didn’t confirm their assumption, she didn’t deny it, either.

Today in #GirlChatLive, Mel B shares if she is going to Meghan Markle and Prince Harry’s wedding, and if the SPICE GIRLS ARE PERFORMING!! pic.twitter.com/Wx5geXuR7G

The America’s Got Talent judge declined to get into any details, like which songs they might perform, but we wouldn’t mind hearing “2 Become 1” or “Let Love Lead the Way.”

If you could have anyone perform at your wedding, who would it be? Let us know @BritandCo!

Desiree O
Desirée O is a ‘Professional Bohemian’ who loves anything and everything related to the arts, entertainment, and pop culture. She ADORES being a ‘Newsy’ for Brit + Co, covering all of the latest tidbits of awesomeness that you want to read about. When she’s not writing, she’s either making messy art, going on long adventurous walks with her camera, or poking around over at bohemianizm (http://www.bohemianizm.com/). You can find out about Desirée O and her work at http://DesireeO.com/ or follow her on Twitter @DesireeO.
Music
Pop Culture
Music Royal Family Royal Wedding