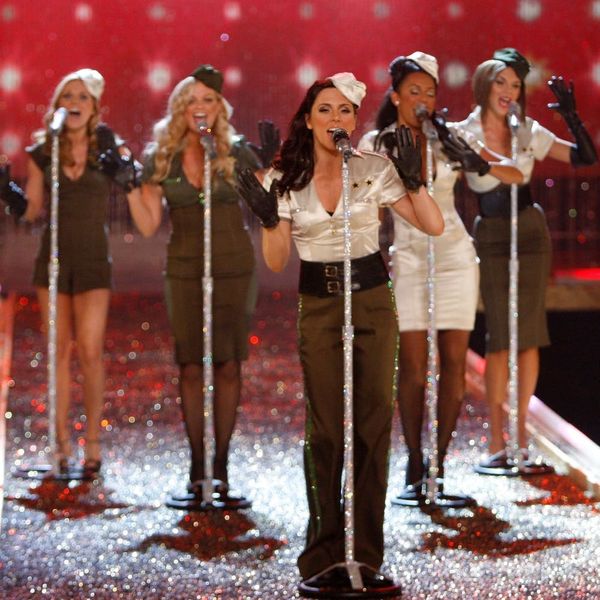 Mel B thrilled Spice Girl fans last week when she let it slip that the beloved girl group had been invited to Prince Harry and Meghan Markle’s upcoming wedding. She even seemed to suggest that they might perform on the big day. But Mel C says that’s not the case.

Contrary to Mel B’s claim that “all five Spice Girls” had been invited, Mel C said she’s still waiting on an invitation. “Oh, yes ,there’s been quite a lot of press interest there,” she quipped at The Prince’s Trust Awards in London on Tuesday, according to E! News. “My invite hasn’t turned up yet.”

However, that doesn’t mean she’s given up all hope of being a royal wedding guest. She noted that England has seen quite a bit of nasty weather this past week or so, which may be to blame for her missing invitation. “It was all that snow,” she said. “I think the mail’s been a bit held up in the snow.”

As for whether the group will perform at Harry and Meghan’s reception, Mel C suggested that Mel B’s so-called hint may have been taken too seriously. “I think [Mel B] was joking. I think the media ran with it a little bit,” she said.

She denied the claim again while talking with The Sun, saying that there are “no plans” for the Spice Girls to attend the wedding “at the moment.” She added, “I’ve met Prince Charles lots of times. I’m going to ask him where my invite is because I haven’t got mine yet, Mel B said she has hers.”

Do you think Mel B was joking when she said that the Spice Girls might perform at Prince Harry and Meghan Markle’s wedding? Let us know @BritandCo!