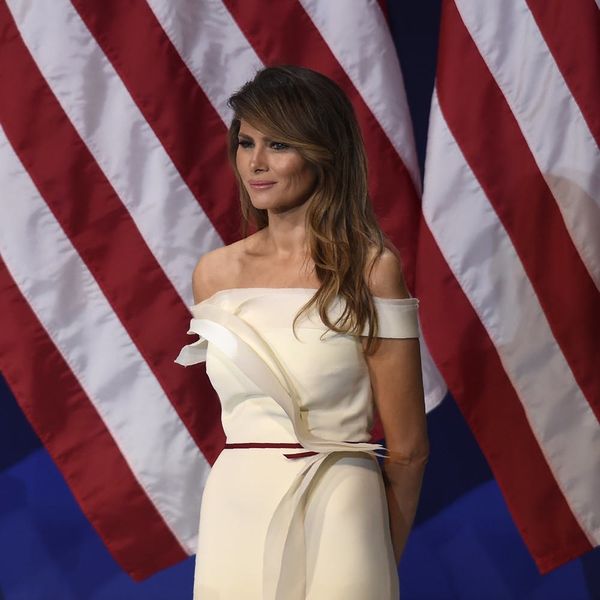 From Jackie Kennedy to Michelle Obama, many of our country’s favorite ladies in the White House were those who could pull together iconic looks. For Melania Trump, however, looking like FLOTUS at the inauguration balls was exactly what she didn’t want.

While the Slovenian-born former model had a hand in designing her own dress for the inaugural ball last week, until today we didn’t know exactly what that meant. In an interview with Harper’s Bazaar, the designer behind the gown, Hervé Pierre, said that the first lady collaborated on every step of her own gown. “She knows fashion — she was a model and has worked in a design studio — so she knows about construction,” the former creative director of Carolina Herrera said. “She knows about fabrics. It was a very organic conversation because we have the same vocabulary.”

She also oversaw construction of the off-the-shoulder neckline and wanted the gown to be created with parallel lines. Hervé said that it was very important to Melania that the gown not “follow any recipe for a ‘First Lady gown.'” She is, after all, a very unconventional First Lady — it only makes sense that her wardrobe reflect that.

What did you think of Melania’s gown? Let us know @BritandCo!

Cailey Rizzo
Cailey is a junkie for all things pop culture. She studied journalism and English literature at SUNY Purchase, then continued studying French cinema and literature at Paris IV Sorbonne. She currently lives in New York where she can often be found singing '70s music at karaoke bars.
Celebrity Style
Celeb Style
Celebrity Style Politics