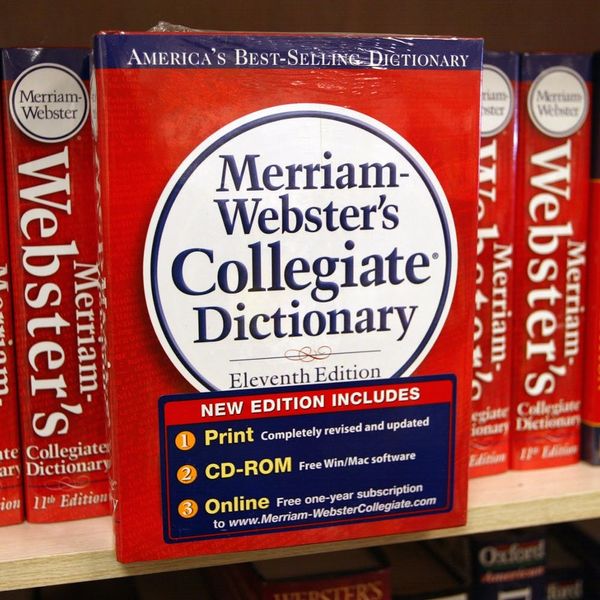 This week, the Merriam-Webster dictionary added more than 840 words to its catalog, one of them being “Latinx.” The definition is simple enough: Latinx is a gender-neutral alternative to Latina and Latino. It’s just a way for people of Latin decent to describe their ethnicity — without the feminine or masculine subtext. While the inclusion is amazing, especially for people who use Latinx to identify themselves, what does it ultimately mean if Merriam-Webster isn’t including other non-binary or ethnic identifiers?

Latinx has been part of many people’s day-to-day language for at least the past five years. However, members of the Latinx community in general have been using the term for at least a decade. It’s only recently that its popularity has soared. Google trends shows that Latinx was rarely (to nonexistent) being used in major periodicals until 2015. The graph below points to its usage between 2004 and the present.

Merriam-Webster also stated that they only include words depending on popularity.

“It’s important to remember that new words are added to the dictionary only when they have already been used by many people—often initially by specialists or subcultures. Then, gradually, a word’s use spreads to the rest of us,” Merriam-Webster stated in a blog post announcing its new batch of entries. “The dictionary’s job is to report that usage as it enters the general vocabulary. For each reader, some of the new words inevitably seem already familiar, but others will be encountered for the first time in an announcement like this — which probably means we’re doing it just about right.”

Merriam-Webster also described, in a separate blog post, the history and usage of Latinx. In that post, they went on to suggest that just because the word is popular now, doesn’t necessarily mean the word is here to stay. Umm, excuse me?

“Though Latinx is becoming common in social media and in academic writing, it is unclear whether it will catch on in mainstream use,” reads the post. “Nevertheless, it is gaining noticeable traction among the general public as a gender-inclusive term for Latin Americans of diverse identities and orientations.”

Additionally, within the Latinx community are a multitude of identities and terms to describe them: Mexican, Puerto Rican, Cuban, Dominican, Central or South American, Caribbean, Latin American, Chicano, Chicana, Nuyorican, and more. Chicanx is also frequently used as a gender-neutral alternative to Chicano/a, but that has yet to be included in the dictionary.

Of course, Merriam-Webster isn’t the authority of inclusion when it comes to the English language. As their spokespeople stated themselves, decisions to include words are based on usage and popularity. It is ordinary people who give words their meaning by using them. The dictionary, as always, is just a resource.