See Michael B. Jordan on a Fiery Mission in HBO’s ‘Fahrenheit 451’ Trailer 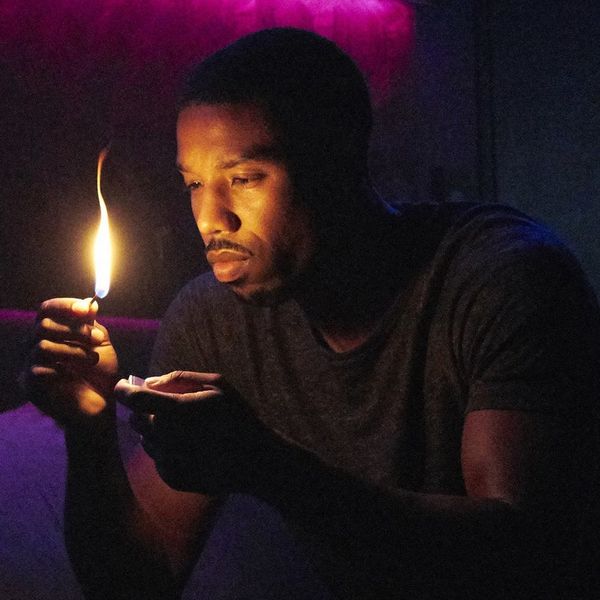 If you feel warm in the cheeks every time Hollywood heartthrob Michael B. Jordan shows up on screen, you may very well overheat when you see him on a fiery rampage in the first trailer for Fahrenheit451.

In the HBO movie, Jordan plays Guy Montag, a hardcore book-burner who lives in a futuristic version of the US where the media is considered a drug and history is rewritten to suit those in charge.

“Have you ever seen a physical book before? Do you want to know what’s inside?” a voice asks as Guy and his team enter an abandoned library filled with stacks of illegal texts. The man responds to his own question by answering, “Insanity. Chaos.”

Jordan’s character is initially steadfast in his determination to get rid of all books before the next generation of children grows up, but he gradually begins to question his mission.

Based on Ray Bradbury’s 1953 dystopian novel of the same name, Fahrenheit451 is a chilling look at what can go wrong when ideals are taken too far in the wrong direction. The movie, directed by Ramin Bahrani (who also wrote the adaptation) and co-starring Sofia Boutella (The Mummy, Atomic Blonde) and Michael Shannon (The Shape of Water, Nocturnal Animals), will premiere on HBO in May.

Did you read Fahrenheit 451 in school? Let us know @BritandCo.

Desiree O
Desirée O is a ‘Professional Bohemian’ who loves anything and everything related to the arts, entertainment, and pop culture. She ADORES being a ‘Newsy’ for Brit + Co, covering all of the latest tidbits of awesomeness that you want to read about. When she’s not writing, she’s either making messy art, going on long adventurous walks with her camera, or poking around over at bohemianizm (http://www.bohemianizm.com/). You can find out about Desirée O and her work at http://DesireeO.com/ or follow her on Twitter @DesireeO.
TV
Movies
TV
More From Movies