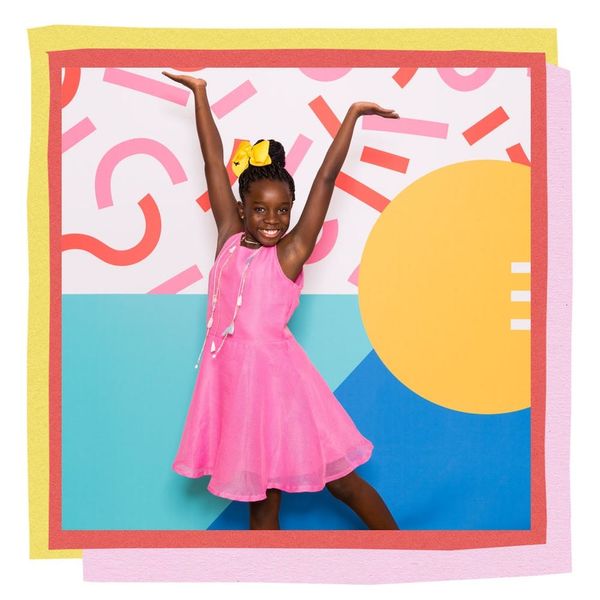 Mikaila Ulmer’s business started with two bee stings. When she was just four years old, Ulmer was stung twice in one week. With a little encouragement from her parents, she turned fear into curiosity by doing some research on the little ecosystem balancers. Around the same time, Ulmer opened a lemonade stand using a recipe from her great-granny Helen’s 1940s cookbook. Cue that classic light bulb moment. Ulmer decided to use honey to sweeten the lemonade, and just like that, her company Me & the Bees was born.

In 2015, Ulmer and her dad went on ABC’s Shark Tank to pitch Me & the Bees. They received an investment from “Shark” Daymond Garfield John, who has become a mentor to the young businesswoman. “[He always tells me] you have to grind, you have to work hard,” she says. Her grind has paid off. Since making an appearance on the show, Ulmer’s lemonade can now be found in more than 400 Whole Foods stores across the US. Here, we talk with Ulmer about the ins and outs of being a young business owner, how she handles being underestimated on the regular, and what she’s learned from her Shark Tank mentor Daymond Garfield John.

B+C: As a new high school student and a business owner, what does a normal day usually look like for you?

Ulmer: I’ll wake up at six, get ready, and go to school. I might do an interview after school. I’m going to do volleyball after school as well. I’ll eat dinner with my family, have a little fun, do homework, and then do it again. Sometimes I’ll skip a couple of days to travel and do a presentation. I might use some of my time to send out purchase orders, to check the website, or to read some articles about the bees. My days are always really different!

B+C: What part of your business do you enjoy the most?

Ulmer: My favorite part is probably traveling and going to places like South Africa, Toronto, and New York to teach workshops at schools and churches about the bees. I also love getting letters that are like, “You inspired me to start my own company and now I’ve just gotten into my first store.” I just got a letter this week from a person named Jayden. He lives in Hong Kong and there’s a project at his school called “Most Impactful Teen” or something like that. He said he chose to use me and my company as that teen, which is amazing. He wrote, “I loved being able to work with you and your company because I had so much evidence to support my thesis. I got an A+ on it.”

B+C: Being a socially-minded businesswoman is really important to you. Can you tell us a little bit about the nonprofit you started?

Ulmer: Yeah! It’s called Healthy Hive Foundation and we help save the bees. It encourages entrepreneurship through research, protection, and education. We are researching and funding important honey bee research, like why they’re dying, how we can save them, and what are some alternatives to pesticides. We’re also traveling the world teaching other kids about how we can save them and why we need to save them and then we’re putting action to that by using technology and having other large corporations donate portions of their land to the bees.

B+C: When you introduced former President Barack Obama at the UN Women’s Summit in 2016, he said he “hopes you’re hiring.” If Obama came to Me & the Bees looking for work, what job title would you give him?

Ulmer: That’s a hard one! I would probably give him head of strategic partnering because he can use his influential status to make different partnerships for the company and encourage other people to join the mission.

B+C: Since you made a deal with Shark Tank’s Daymond Garfield John, the two of you have remained close. What business lessons have you learned from him?

Ulmer: Well, one of the big ones is something he mentions in his book Rise and Grind. Basically, you can’t expect great things to happen if you don’t work for them. He keeps on mentioning that with every presentation that he does and with every book he writes. You have to grind, you have to work hard. That’s probably the biggest lesson I’ve learned from Mr. Daymond.

B+C: Speaking of Shark Tank, what changed after you went on the show and secured a deal?

Ulmer: Well, the show gave us national marketing. We had so many people coming to the website asking where to buy it. We told them, “Go to your local Whole Foods and ask them to carry the product because we’re already in their warehouses.” We were able to get into even more Whole Foods right after we went on Shark Tank. We grew 400 percent, which is huge because we’re a small company.

B+C: Do you often feel like you’re underestimated because of your age in the business world?

Ulmer: I’ve been underestimated plenty of times. I’ll be like, “Yeah, I have my own lemonade company.” They’ll say, “Keep on doing that, you should also participate in business fairs, and things like that.” Then, I have to say, “No, I actually have my own lemonade company. I’ve graduated from selling it out of my lemonade stand in front of my house and doing it at business fairs. It’s in 28 stores, and we’ve been on Shark Tank.” Usually, they’ll be like, “Oh, you actually have a lemonade company. Well, here’s my business card, and let me know if you need an investment.” I have to help them realize that I’m actually an entrepreneur. I do that by being as professional as I can be, like making sure I have my handshake right and my introduction right. Everything like that matters when you’re making a partner.

B+C: Lemonade stands are still a popular pop-up business model for young kids looking to make a quick buck. What’s your business advice to them?

Ulmer: I would say, lemonade stands are great, but find a way to leverage that. Maybe go downtown and figure out if you’re able to sell your lemonade in front of restaurants — which is what I did sometimes instead of just selling it in front of my house in the neighborhood. Or sign up for things like Lemonade Day in the business fair. You’ll get a lot more traffic at your lemonade stand and hopefully make even more profit. Do something more than just a lemonade stand. Find a way to make it unique and different!

B+C: What’s the big dream for you? Do you want to be running Me & the Bees forever?

Ulmer: I definitely want to keep running it, make it more successful, and have an even bigger impact. But in the future, like, there’s only so much lemonade that one person can have, so I possibly want to sell it and use the experiences that I’ve learned with this company to start other companies. But before I sell it, I might want to grow it to $20 million in revenue or even more, and do that in a socially conscious way. I also want to be able to invest in other kid-entrepreneurs, and other women-run companies, as well.

Cortney Clift
Cortney is the senior writer and special projects editor at Brit + Co. She typically covers topics related to women's issues, politics, and lifestyle. When she's not buried behind her computer you'll find her exploring New York City or planning her next big adventure.
Future Women of America
Empowerment
Future Women of America Premier
More From Empowerment