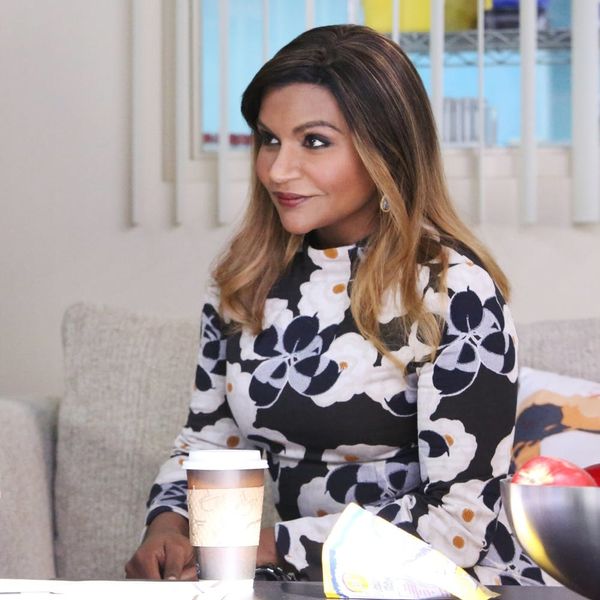 The Mindy Project‘s sixth — and final — season premieres on Hulu on September 12. And while it’s still unknown whether Mindy Kaling’s IRL pregnancy will factor into the show, we do know a few things we can expect in the upcoming eps.

Kaling, star/writer Ike Barinholtz, and showrunner Matt Warburton said at the 2017 TCA summer press tour that Chris Messina would reprise his role as Danny in multiple episodes. Other favorites from the show’s run — including Adam Pally as Peter, Anders Holm as Casey, and the Duplass brothers as the rival holistic doctors — will appear too.

Thanks to TCA, we also know that the series will grant Mindy Lahiri her happily ever after — but Kaling said that won’t necessarily look like what viewers might expect.

Before TheMindy Project‘s final 10 episodes, we’re taking a look back at where each of the main characters left off in the season five finale.

Mindy and Ben: Mindy and nurse Ben’s relationship has been through some pretty dramatic ups and downs, and the season five finale was a rollercoaster in itself. Mindy had previously told him that she didn’t want to get married, but Ben had already bought a ring (“a princess-cut blood diamond, her favorite kind”) when she said this. Eventually, Mindy learned about the ring from Ben’s daughter, Lindsay. She confronted him about it and reiterated her stance on marriage, saying she didn’t believe in it — though she admitted in her inner monologue that she was lying and just didn’t want to marry him. Ben found out the truth, of course — more on that later — and asked her to be honest with him. So, after a heart to heart with Lindsay, Mindy (dressed in bridal white, natch) proposed to Ben on a subway platform with Lindsay and Leo by her side. All seemed well, but the worried look on her face at the end of the episode suggested she wasn’t entirely sure about what she had done.

Morgan: Morgan was in the middle of everyone’s relationships at the end of last season. He found out about the stalled proposal from Ben and felt bad because he thought he was the one who talked Mindy out of her marriage obsession, so he tried to run interference by getting her to change her mind. He also got wrapped up in Colette and Karen’s engagement — more on that later too.

Jeremy and Anna: Jeremy finally asked Anna out, and she said yes. But Anna’s estranged husband was trying to win her back and talked her into meeting him for a drink, which turned into more. Jeremy wasn’t ready to surrender, though, and at the end of the episode, we saw them on a date at the museum together.

Colette and Karen: Colette proposed to her girlfriend, Karen, by having a men’s choir invade the morning staff meeting. Karen said yes, but Colette started getting cold feet almost immediately. Things took a turn for the worse when Karen made Colette ask Morgan to move out of their shared apartment. As Colette’s anxiety spiraled — culminating in a stealth escape from her own engagement party — she decided to call off the wedding by having Morgan break up with Karen for her.

Jody: Jody threw an engagement party for his sister, Colette, where all of the episode’s romantic plots came to a head. Ben learned from Mindy’s friends and coworkers that she’s always been obsessed with marriage (“Vera Wang has a restraining order against her!”); Anna showed up with her estranged husband, who ended up fighting with Jeremy; and Colette ran away from the party — and her fiancée.

What are your predictions for the final season of The Mindy Project‘s final season? Tell us @BritandCo.