Mindy Kaling Is Reportedly Pregnant With Her First Child 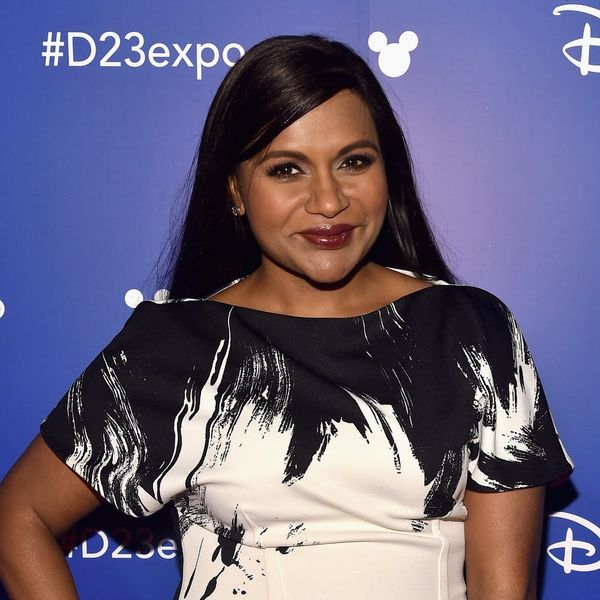 Mindy Kaling has already absolutely stunned us as Mrs. Who from the new A Wrinkle in Time movie, even though we’ve only been given a teeny-tiny (but oh-so-amazing) glimpse. But now she’s knocked us off our butts (in a fantastic way) once again with the news that she’s reportedly pregnant with her first child.

Though the actress and producer has yet to confirm the pregnancy buzz for herself, multiple publications are bursting at the seams with the exciting news that the 38-year-old actress is expecting.

With all other details currently under wraps — including a possible co-parent, though Kaling did reveal to E! in the past that when it comes to making a mini-Mindy, “I’m not cavalier about who I would have a kid with” — we can’t wait for Kaling to confirm.

Are you excited for a little mini Mindy Kaling? Let us know @BritandCo!

Desiree O
Desirée O is a ‘Professional Bohemian’ who loves anything and everything related to the arts, entertainment, and pop culture. She ADORES being a ‘Newsy’ for Brit + Co, covering all of the latest tidbits of awesomeness that you want to read about. When she’s not writing, she’s either making messy art, going on long adventurous walks with her camera, or poking around over at bohemianizm (http://www.bohemianizm.com/). You can find out about Desirée O and her work at http://DesireeO.com/ or follow her on Twitter @DesireeO.
Halloween
Celebrity News
Halloween