4 Things to Know About The Mindy Project’s Final Season (Including Details on Chris Messina’s Return!) 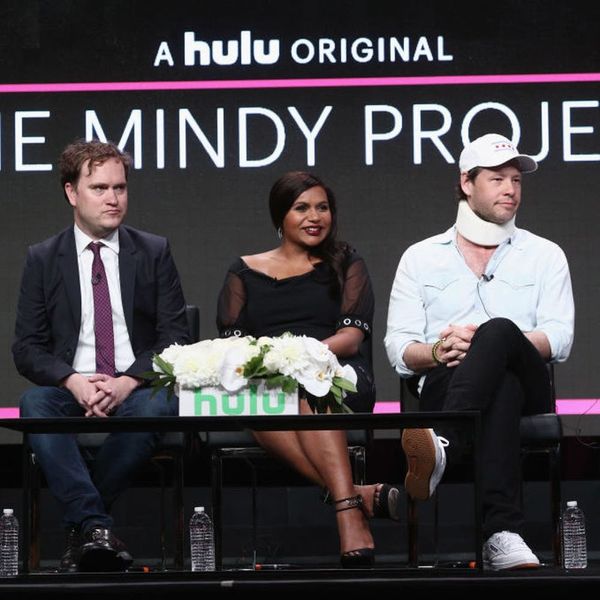 The Mindy Project‘s final season premieres on Hulu in September, so to send off the comedy in style, star and creator Mindy Kaling, star and writer Ike Barinholtz, and showrunner Matt Warburton joined the 2017 TCA summer press tour on Thursday to talk about what fans can look forward to.

Chris Messina will be back for multiple episodes.

The big news out of the panel was that Danny (Chris Messina) will appear in multiple episodes. The cast and creators couldn’t say much, but Kaling did tease that it’s “complicated” for Danny and Mindy because they’re both married to other people but they’re also coparenting, “which has been really funny to write.”

“One thing we can promise the audience is a little bit of clarity about where they stand,” Warburton added. “They’re always going to be in each other’s life because they have a kid together, but it’s great to actually see what that means this season … a lot’s gonna happen.”

Danny isn’t the only familiar face coming back.

Warburton said that going into the final season, they knew the fans were going to want to see their favorite characters one last time, so get ready for Adam Pally, the Duplass brothers, Glenn Howerton, and more.

“It’s almost like every week you’re going to have one more classic come in or some famous guest star. We really filled up the episodes incredibly quickly,” Warburton teased. Barinholtz piped in, “We give you the hits.”

Kaling said it was also important to them to highlight the series regulars.

“I like in the final season of a show all these series regulars have, not a goodbye… but have an episode that is dedicated to their character, so that’s something that was really fun for us to do,” she shared.

But will Mindy get her “happily ever after”?

Mindy Lahiri will get her happily ever after, but it might not look like the same thing season 1 Mindy dreamed about.

“I think that happily ever after can sometimes be romantic happiness and sometimes it can be contentment about your life,” said Kaling. “All of us would agree that happily ever after, the connotations of it where everything’s tied up neatly in a bow, isn’t something we’re super interested in … so that’s what we’re trying to avoid while also leaving the audience with the sense that it was about something and it really was a project and she had some growth in the end.”

Warburton added, “The season is kind of about how she’s in an unexpected place, things didn’t turn out this way or that way, how she thought. How to balance your romantic dream with the many nice things that are kind of surprises to you, that you never would have thought about before.”

Barinholtz quipped that season 1 Mindy would have been happy to marry “a Chris Evans body pillow,” but now that “we’ve watched her love and lose and have a child and her career’s gotten bigger,” Mindy’s perception of happiness has changed.

Barinholtz wasn’t sure how he could appear in the final season.

Back in June, while filming The Pact, Barinholtz fractured cervical vertebrae in his neck while shooting a stunt, so he wasn’t sure in what capacity he could even appear in The Mindy Project‘s final season. Kaling said they would do anything to accommodate him, including writing the injury into the show — which made Barinholtz tear up.

“I had a very emotional phone call with Mindy after it happened. … She was instantly like, ‘We’re gonna write this into the show, we’re gonna take care of you, whatever you need. If you can’t do stuff, you tell me and we’re gonna make sure you’re safe and you’re not hurting and stuff,'” Barinholtz recalled. “It was this really emotional phone call and I kind of started crying and there was a beat and she said, ‘Do you think it would be OK if Morgan broke his neck falling out of his bunk bed?’ And we both started laughing so hard.”

Kaling cracked, “After waiting a respectful amount of time when your friend breaks his neck on a movie, I thought that was a fun pitch for the character.”