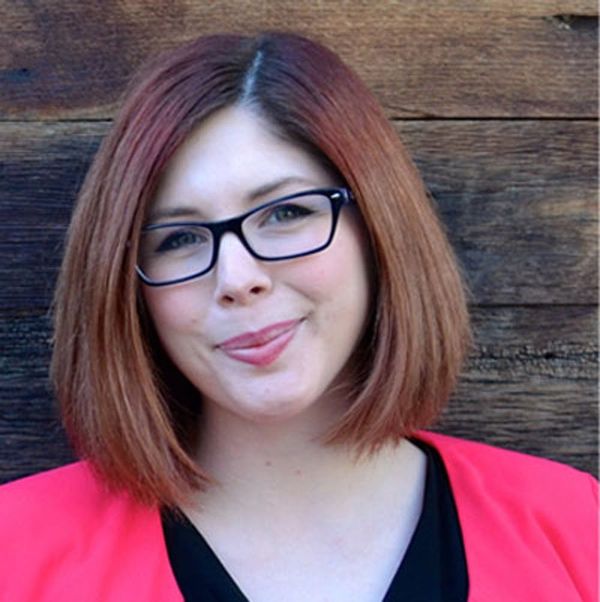 These creative bosses might not live in the same city, or even on the same coast, but they’ve got A LOT in common, and we’re not just talking about their love of coffee. In today’s edition of #IAmaBoss, we’re chatting with three bosses in the wild and wonderful world of indie publishing. Whether they’re producing zines, online mags or chapbooks, these women are working hard to uncover new artists and celebrate their passion for the arts. Scroll on to read their words of wisdom and maybe discover an interesting read or two!

Ginger Rudolph: Ginger is a writer who left recently left her traditional 9-to-5 job to focus on her homegrown projects. Week two into that decision, she hopped on a plane and laid on a beach in St. Kitts to freak out about the serious life move in a more tropical locale. After arriving back home with a suitcase full of smuggled tamarind, she made lots of tamarind juice and got to work. She’s the founder of the online arts magazine, HAHA MAG, and co-founder of HAHA x Paradigm, an arts initiative based out of Philadelphia.

Janelle Asselin: Janelle is the Publisher of Rosy Press and a freelance writer and comics editor. In her ten years as a comics pro, Janelle has also worked for ComicsAlliance, Newsarama, DC Comics, Fangoria Comics and Disney Publishing Worldwide. At DC Comics, she edited Batman, Detective Comics, Birds of Prey and Knight and Squire. She is also an outspoken advocate for women in comics, and has worked to bring awareness to sexual harassment and discrimination issues in the comics industry. A lifelong scholar, Asselin holds a BA in English Language and Literature from Southern New Hampshire University and an MS in Publishing from Pace University. She lives in Los Angeles with her awesome husband and the best cats in the world.

Leesa Cross- Smith: Leesa Cross-Smith is a homemaker and a writer. She is the author of the short story collection Every Kiss A War and the editor of a literary magazine called WhiskeyPaper. She loves One Direction and baseball.

What is your morning routine?

6:30am: Alarm goes off. I try to rouse but wind up hitting snooze. I’m working towards actually getting up at that time by the New Year.

7:00am: Alarm goes off again, this time I resist hitting snooze. I grab my phone and start checking my Google alerts and social media accounts.

7:15-7:20am: Stumble downstairs and make my morning espresso. Nothing gets accomplished until I have my fuel — three tiny cups of it.

7:40am: Happily caffeinated; answering emails and listening to podcasts.

8:10am: Around this time I’m heading out to the gym. Some mornings I get lazy and just whip out my rowing machine; I row to Netflix.

9:45am: Ideally, by this time I’m dressed and off to work. 2-3 days out of the week, I commute into the city. The other days, I work from home — the office is conveniently located down the hall from my bedroom.

Janelle: This is a current breakdown – it changes if there are no kittens in the house!

6am: Wake up, stumble to kitchen. Warm up bottles for kittens.

6:10am: Feed each of our FIVE bottle-fed foster kittens. Give them some love too.

6:30 am: Clean up from feeding. Check Twitter and read emails to see if anything is on fire. Respond as needed.

7-8:30am: Nap (I’m a monster without enough sleep and these kittens are killing me.)

9:45 am: Start replying to emails as needed.

10-10:20am: Brush teeth, shower and get dressed. If it’s a day where I don’t need to leave the house, I have comfortable work-from-home clothes. Otherwise in the summer, it’s usually jean shorts and a tee unless I have some sort of professional obligation.

10:20-10:25am: Deodorant and moisturizer. Makeup if I’m leaving the house or expecting guests

Leesa: I am so not a morning person but once I had my kiddos, I didn’t have much choice!

7am: I wake up with enough time to braid my daughter’s hair for school. My husband is a morning person and a good braider too, bless him. He usually does morning carpool, bless him again. Sometimes I’ll go back to sleep on the couch while my son watches Netflix because he doesn’t have to be at school until later.

8am: Time to make sure baby boy has breakfast and is dressed and ready for school and morning carpool.

9am: I usually do my Neti Pot and all of my morning bathroom ritual stuff. By this time, I almost feel like a functioning human. I have my cup of press pot decaf because I can’t drink caffeine, but still want my coffee in the morning.

9am: I like to have my coffee while I take a poke around the Internet, return emails, read Twitter/Facebook, the news if I’m up for the news that day (most days I’m not.)

10:00am: I like to do my daily devotional called She Reads Truth! And then after that, I dig into whatever I need to dig into that day. Usually reading and/or writing.

What are your productivity tips?

Ginger: Scheduling is everything. So much time can be lost during the day just trying to figure out what to tackle first.

Janelle: If you have responsibilities where you have to switch gears a lot, work in blocks of time, rather than trying to work on many things at once. I’ll allot specific time for editing versus writing or responding to emails, or a specific time for dealing with finances rather than any of my creative endeavors. This helps me get in the right mindset. Also, even though I work from home, I tend to work in silence for most of the day rather than watching TV or listening to music. This helps me focus on what I need to do — unless it’s writing. If I’m writing, I *need* music, but usually classical music (well, to be honest, usually one of the Final Fantasy soundtracks). Figure out whatever works for you in terms of sound and visuals and use that to help your brain get on track.

Leesa: I like getting the hard stuff over first. Even when/if I don’t feel like it. Just do it. My productivity tip is basically Just Do It. How Nike of me, right?

What is the last app you downloaded and what did you do with it?

Ginger: Poshmark. Time to up my clothing game without killing my wallet.

Janelle: Nekoatsume. It’s a game from Japan that’s sort of like Tamagotchi, where you provide toys and food for virtual cats that come to visit your house. As a crazy cat lady, this is a great game for me. It’s not translated at all, but it’s easy to understand (and also helps me reinforce the tiny bit of Japanese I’ve learned over the years). I actually use it as a break when I’m working — like, oh, it’s been two hours of answering emails, perhaps I should check in with my fake cats.

Leesa: OneClickDigital, so I can listen to the Outlander audiobooks from the library!

What is the last thing you made?

Ginger: When it comes to DIY, I can get carried away. I recently purchased a drill press so I could make myself a charm bracelet from a collection of coins I’ve picked up from my travels.

Janelle: I have a big crafting station full of fun stuff, but I’ve been too busy to finish my latest cross-stitching endeavor! I think the last thing I actually made was price signs for my Rosy Press merchandise. I was displaying it at an event last weekend, so I made some cute price signs using a heart-shaped paper punch and a frame I painted.

Leesa: I knit some more dishcloths for the kitchen and a stripey blanket too.

Tell us about something you read recently that made an impression.

Ginger: I do a lot of magazine reading: Smithsonian, TIME and The New Yorker. They make me feel like I know a little something about everything. It’s also a great way to hone your writing skills.

Janelle: Why I’m Boycotting Marvel Comics by JA Micheline. JA Micheline talks about the many ways that Marvel has alienated readers like her. While Marvel is pushing to be seen as progressive by featuring a lot of women characters, they hire very few women creators, and the same is true for people of color and LGBTQ people. Their Editor-in-Chief has said things publicly that go over really poorly, which push many people into feeling even more alienated. This is an issue near and dear to my heart.

Leesa: “16 Reasons Why One Direction Are on Top of the Stadium Rock Game” by Rob Sheffield. Mostly because he wrote “Watching Harry spit water and touch his hair makes me want to be a better person.” And I was like, SAME.

Ginger: Not to judge myself against others’ accomplishments. Some people start out the gate running. It’s okay if you need extra time to figure out your game plan.

Janelle: Well, I went the non-traditional route and was already well into my preferred career by the time I graduated from undergrad (and grad school too), so these are two things I wish someone had told me when I started college. 1. That the loan money is not free money, no one is paying me to go to school, so I should be careful about how many loans I take out. 2. That it’s far easier to finish your degree in one go than to drop out and try cosmetology school for a while.

Does their advice resonate with you? Know a #girlboss we should interview? Send an email to editorial@brit.co and she could appear in the next column!

From Your Site Articles
Angela Velez
Angela is an MFA Fiction candidate at the University of Pittsburgh. You can find her reading obsessively, wandering bookstores and watching melodramatic television.
interview
Work
interview
More From Work