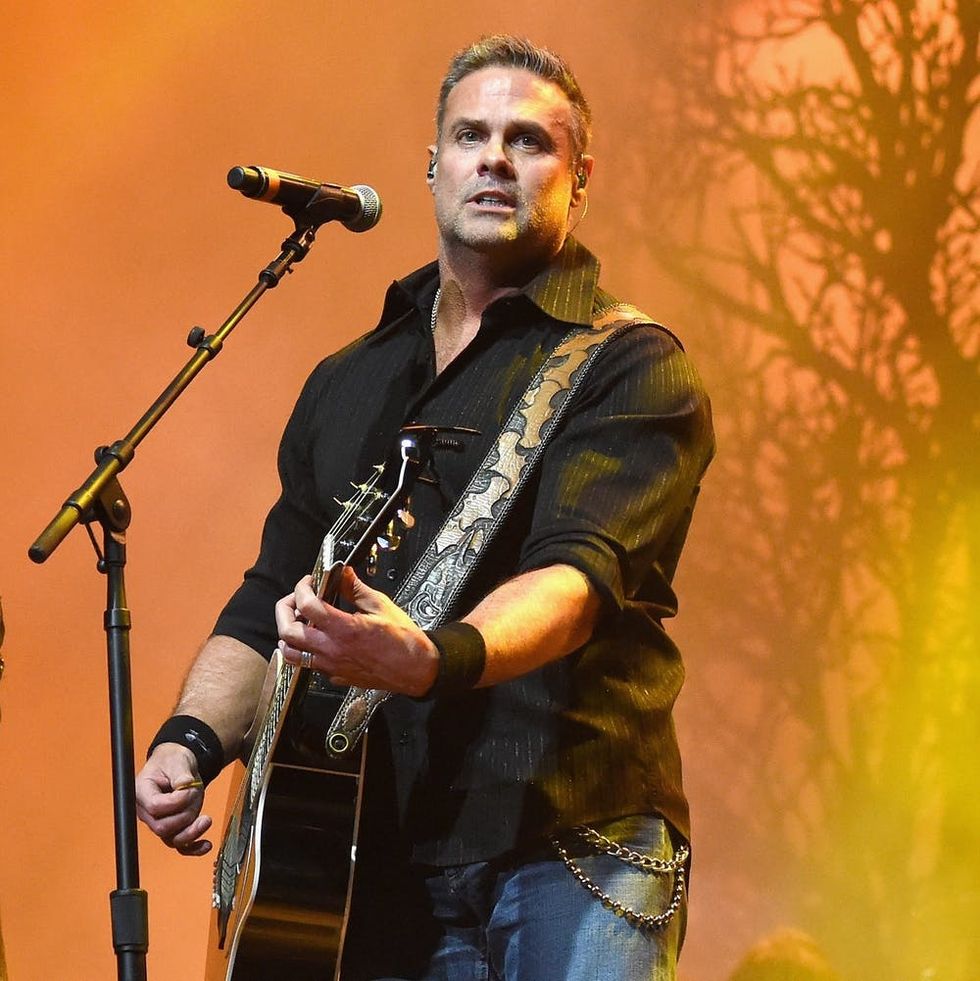 It’s a sad day for country music fans. Singer Troy Gentry — a member of the country duo Montgomery Gentry with longtime friend Eddie Montgomery — was killed in a helicopter crash in New Jersey this afternoon, the band announced on social media. He was 50 years old.

A message posted to the band’s Instagram account noted that the crash “took place at approximately 1:00pm today in Medford, New Jersey.” Further details are unknown.

“The duo was scheduled to perform tonight at the Flying W Airport & Resort in Medford,” the post stated. “Troy Gentry’s family wishes to acknowledge all of the kind thoughts and prayers, and asks for privacy at this time.”

Gentry is survived by his wife, Angie, and two daughters.

Beloved on the country music scene, Montgomery Gentry formed in the 1990s and released eight studio albums that resulted in multiple singles hitting the Billboard Hot Country Songs charts. Some of the band’s biggest hits include: “If You Ever Stop Loving Me,” “Something to Be Proud Of,” “Lucky Man,” “Back When I Knew It All,” and “Roll With Me.”

Fans and fellow country stars reacted to the shocking news of Gentry’s death on social media. Jason Aldean recalled meeting the singer when he was first starting out, tweeting, “Shocked to hear the news about Troy Gentry today. When I was coming up as a new artist, he and Eddie were always extremely cool and supportive of me and my career, and I will always have nothing but respect for those guys. My thoughts and prayers go out to his family, friends, and fans.”

Found this picture of me and my old friend Troy a few days ago.. I am heart broken. pic.twitter.com/J3mT86DIaa

Sad about Don Williams but Troy Gentry was my friend. I had great times with him. I'm stunned, angry and upset at the moment. I'll miss you.

So sad to hear the news of Troy Gentry. My prayers are with his family and friends. https://t.co/hhwZoc3TYY

Sad day for country music. Troy Gentry and Don Williams have passed and that makes my heart hurt. Don was my hero and Troy was my friend

I'm speechless. Pray with me for the family of Don Williams & especially the family of Troy Gentry. It's a heavy day for country music.🙏🏼✝️

Our hearts and condolences go out to Troy Gentry’s family.