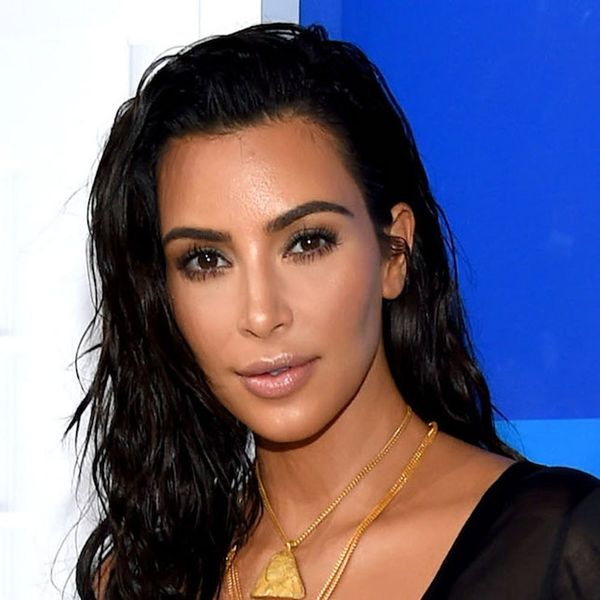 Kim pulls a disappearing act and Pretty Little Liars says goodbye in today’s top news items. Check those and more out below.

1. Well, that didn’t last long. Yesterday we took the posts on Kim Kardashian’s official Facebook page as a sign of her return to social media after her Paris attack, but not long after, they were deleted and gone again. According to Kim’s website, though, her first public appearance has been scheduled for January 13 in Dubai, where she’s scheduled to join her makeup artist Mario Dedivanovic for a Masterclass tutorial. (Photo via Larry Busacca/Getty)

2. Jimmy Kimmel’s Halloween prank where he gets parents to tell kids he ate all their candy and film it has become a favorite Halloween tradition, and this year is no exception. Except THIS year, he also pulled the prank on his own two-year-old daughter, Jane. “Remember all the candy we got? Well, Daddy ate all of it,” he says to her. “No! You didn’t,” she replied, and continued to shut him down. Can’t fool her!

3. Get ready to cry at Shay Mitchell’s emotional PLL goodbye video. The PLL squad has been wrapping up the final days of filming on the series, and Shay, who plays Emily, has contributed a “Farewell Letter” video on her YouTube page to commemorate the final wrap of shooting. “Sad, anxious, excited, terrified, inspired, gratified, nervous, unsure, proud, upset, accomplished, relieved, devastated, lucky,” she says, trying to sum up her feelings while sobbing. “I don’t know what my life would’ve looked like without Pretty Little Liars… I can’t believe it’s over.” GET US SOME KLEENEX, STAT.

4. A huge lawsuit against Wen hair products is going ahead. A $26 million dollar class action suit against the infomercial-famous products from women claiming the products are causing baldness has been approved to go forward, according to The Cut. If a US District Court judge approves it now, six million people could get settlements ranging from $25 to $20,000. An attorney in the class action has said the products are like “using lotion to wash your hair.” Wen stands by the safety of its products and says because “the process of litigation is time consuming and costly, we made a business decision to pursue a settlement and put this behind us so that we can focus on delivering quality products.”

5. Ronda Rousey has announced she’ll be retiring soon. As Ronda preps to make her UFC return on December 30, she’s also prepping to wind down her fighting career, telling Ellen “I’m wrapping it up. This is definitely one of my last fights.” The amazing athlete has said she’s been training twice a day since the beginning of August and feels like she’s “in super ninja good mode.” We’ll miss you, Ronda!

6. Quote of the day: “Be kind, for everyone you meet is fighting a hard battle.” Wise words to keep in mind on this #WisdomWednesday.

What pearls of wisdom are you keeping in mind today? Share with us over @BritandCo.