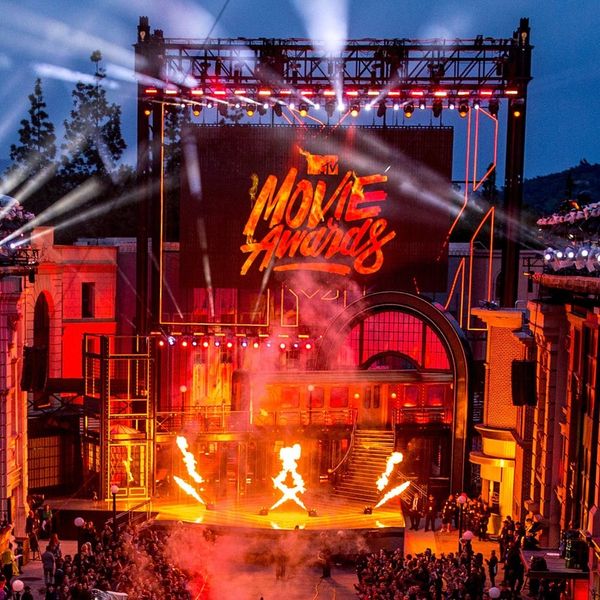 The MTV Movie Awards are undoubtedly one of our favorite awards shows of the year: From the unforgettable fashion to the LOL-worthy Tweets, the ceremony typically tends to have a little more pizzazz than all the rest (although we won’t lie; this year’s jaw-dropping Grammy and Oscars finales are going to be hard to beat).

This year’s big night is swiftly approaching (you can tune in on May 7 at 8/7c), but it will likely be a very different show than the one we’ve gotten used to since it first launched 25 years ago. That’s because the network has announced that this year, the awards ceremony is getting a major revamp that will include all-new categories and a brand new name: the MTV Movie & TV Awards.

That means in addition to those best onscreen smooch moments from the likes of film Gods and Goddesses such as Sarah Michelle Gellar and Selma Blair, Rachel McAdams and Ryan Gosling, and Rebel Wilson and Adam DeVine (who stole the title from their The Notebook predecessors), they’ll also be giving nods to some of our favorite moments in television (we’re SO rooting for This Is Us and Nashville) too.

As MTV President Chris McCarthy said in a press release, there was simply too much going on TV-wise NOT to make the change. “We’re living in a golden age of content, and great characters and stories resonate regardless of whether you’re watching it in a theater or on TV.”

And that’s not all: TV junkies can also rejoice over the fact that MTV will play host to its first annual Movie and Television Festival just before the ceremony airs. That means should you happen to be in LA, you can stop by for musical performances, “special guests,” and, of course, plenty of grub. Best of all, come red carpet time, you just may be able to snag a front row spot to the red carpet — yay!

No guests or performers have even yet to be announced, but already, we’re officially pumped — is it May yet?

What do you think about MTV’s programming change? Tell us over @BritandCo.

Nicole Briese
Nicole is the weekend editor for Brit + Co who loves bringing you all the latest buzz. When she's not busy typing away into the wee hours, you can usually find her canoodling with her fur babies, rooting around in a bookstore, or rocking out at a concert of some sort (Guns N' Roses forever!). Check out all her latest musings and past work at nicolebjean.com.
Music
Pop Culture
Music