Morning Buzz: Thousands of Anti-Trump Protests Erupted Across America and the Videos Will Give You Chills 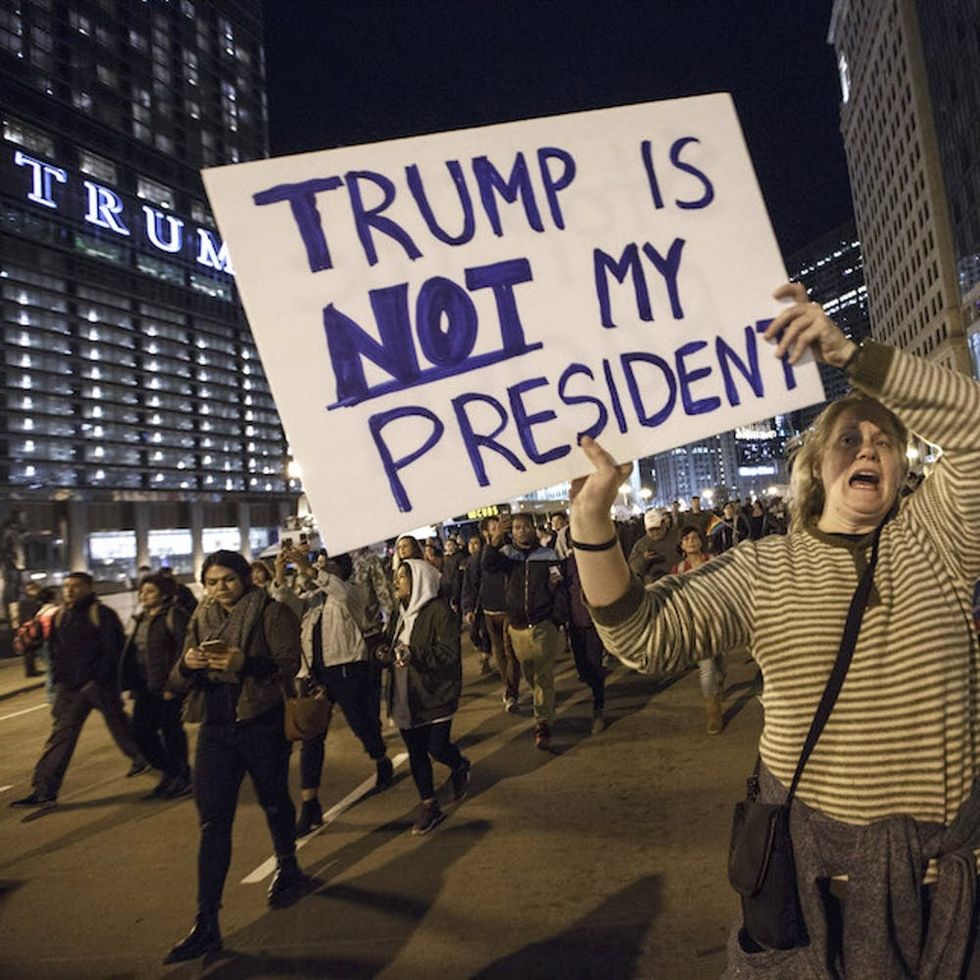 From Trump protests to the perfect Bernie statement and a few stories to take your mind off things in between, here are six of today’s top news items.

1. New York City, Chicago, Los Angeles, Washington, DC, Atlanta: These are just some of the major US cities that saw thousands of people take to the streets last night, frustrated, angry and scared, in protest of Donald Trump’s surprising election to the White House this week. In NYC, as you might have guessed, the protesters’ aim was Trump Tower, with the crowd swelling upwards of to about 100,000. Many carried “Not my president” signs, while “Black Lives Matter” ones were spotted as well. Chills.

2. Starbucks has made the final red cups reveal, and you’re gonna LOVE what they did this year. A few days ago it became clear that there were a BUNCH of red cup designs coming this year, and now we finally have the deets: There will be 13 different designs, and they feature the artwork of 13 different women from across the world. Given the election fog we’re all in, this feels especially necessary. Cue tears.

3. Brad Pitt has been cleared of child abuse charges.The Associated Press reports that the investigation into whether Brad Pitt showed abusive behavior toward his son on a private flight has been closed, and no abuse has been determined. Earlier this week, Angelina was granted custody of the couple’s six children while allowing “therapeutic” visits with Brad. Brad is still seeking official joint custody. (Photo via Frazer Harrison/Getty)

A friend is someone you'd do anything for. (art by @amien15) #StrangerThings #Netflix

4. Um, Stranger Things season three is already in the works?! Sure, season two won’t even be out for like a year, but we’re kinda totally okay with knowing that there’ll probably be another right after. In a new interview with Collider, the director and producer of the show, Shawn Levy, says the showrunners are “optimistic and we have started thinking ahead.” !!!

5. This year’s Christmas ad from British department store John Lewis is the perfectly adorable two-minute distraction we need this week. Brits wait all year for this holiday tradition, and while typically they tend to tug on the heartstrings, this one just makes us feel pure joy. ANIMALS. ON TRAMPOLINES! We needed that.

6. Quote of the year: “To the degree that Mr. Trump is serious about pursuing policies that improve the lives of working families in this country, I and other progressives are prepared to work with him. To the degree that he pursues racist, sexist, xenophobic and anti-environment policies, we will vigorously oppose him.” Bernie Sanders’ has released a statement on the results of the election, and it is short, but perfect. You can read the full thing here.

What have your go-to distractions been when you need a minute to decompress this week? Let us know @BritandCo.