These Were the 13 Most Instagrammed Trends of 2016 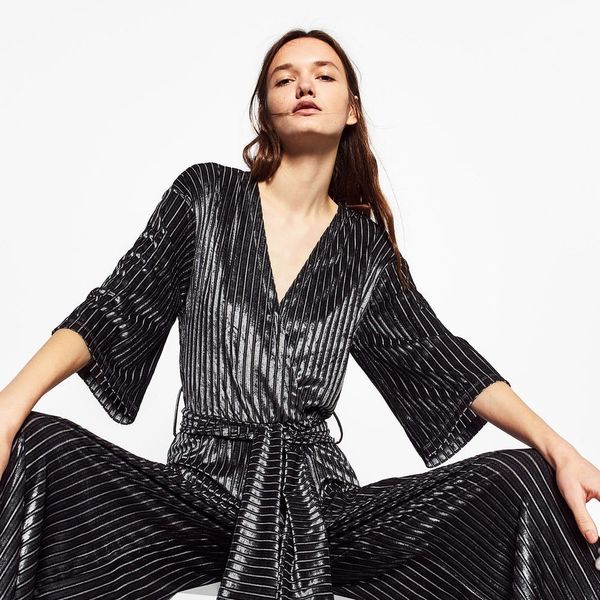 The new year is fast approaching, and in addition to looking to the future (you’ve already started nailing down your 2017 style resolutions — of which there are many), now is as good a time as any to take a look back and bask in the last year’s sartorial glory. To say 2017 has a tough act to follow would certainly be an understatement, because 2016 brought its A-game as far as style matters go. ‘90s style essentials like pins, chokers and velvet made a major comeback, and the fashion world finally decided to open its arms to the idea of comfort, ushering in a new era where statement sneakers are preferred over pumps and puffer jackets are the epitome of cool. And that’s just the beginning. Below, we’ve put together a list of the most Insta-worthy trends from the past year. Scroll on to see how many you rocked over the last 12 months!

1. Backless Loafers: Silent D Gigi Slip-On Loafer ($128): On the footwear front, backless loafers (and loafers in general) reigned supreme, with Insta style stars the world over rockin’ the effortless accessory all day erryday. The trend quickly took off when influencers were seen sporting Gucci’s fluffy Princetown steppers in the streets, and it didn’t take long before fast fashion retailers added the style to their offerings. Riding on the wave of androgyny sweeping the sartorial scene, it’s no surprise that these menswear-inspired kicks became an overnight sensation.

2. Velvet: Zara Velvet Striped Jumpsuit ($40): Velvet was — and still is — everywhere, thanks in part to the rise of ‘90s nostalgia and the appearance of the luxe fabric on many a runway during the Fall/Winter 2016 collections. It’s dramatic, dreamy and downright DDG — so don’t be surprised if it continues to trend long into 2017.

3. Off-the-Shoulder Everything: Pixie Market Mustard Off the Shoulder Top ($105): Shoulders saw a lot of action this year with “bardot”-style tops and dresses dominating the #OOTD scene. Details like ruffles and bell sleeves made the sultry silhouette even more intriguing and landed this topper at the top of every burgeoning fashionista’s most-wanted list. Despite dipping temps, off-the-shoulder styles continue to be a fixture of the fashion set.

4. Puffer Jacket: H! By Henry Holland Padded Jacket With Asymmetric Zip ($119): The bigger, the better is the tune the fashion world seems to be singing this season as far as outerwear goes. This winter, it’s all about the puffer, thanks to Balenciaga who put the big-and-bold style on the map way back in February when it debuted its Fall/Winter collection. And these aren’t just-your-average down options — vibrant colors, oversized silhouettes and architectural details set these stunners apart. Anything that can make the bitter cold seem appealing is okay in our books.

5. Classic Jeans: Topshop Dark Blue Straight Leg Jeans ($75): The skinny jean is a wardrobe staple — there’s no two ways about it — but classic denim has been on the rise for the last year and shows no signs of slowing down. There’s just something innately cool and effortless about an old school style. High waists, straight legs and relaxed fits took the streets by storm and were a fixture on the feeds of Instababes like Tamu McPherson, Camille Charrière and Amy Song.

6. Chokers: Forever + Always Choker Necklace ($34): Ah, the beloved choker. We spotted the ‘90s style staple on everyone from Taylor Swift to Gigi Hadid and our favorite street style stars. They’re a little bit sultry and a whole lot of throwback cool (especially teamed with a plunge velvet bodysuit — swoon), and we’re willing to bet that they’ll keep on riding high straight through into festival season.

7. Funky Flair: Mango Brooch Clasp Set ($16): Mom jeans, chokers and all-velvet-everything weren’t the only way a case of ‘90s fever played itself out — patches and pins were popping up on everything from denim jackets to bright backpacks, delivering a punch of personality to everyday basics and statement pieces alike. The only rule? The sassier, the better.

8. Metallics: Zara Laminated Mid Heel Ankle Boots ($70): If there’s one style lesson to take away from 2016, it’s that after-dark essentials — i.e. metallics — boast plenty of daytime potential. Quicksilver skirts, high-shine blouses and gilded steppers styled alongside basics and nine-to-five staples back in August proved that anytime is a good time to put on the glitz. And we’re so down with that.

9. Slips Over Shirts: Topshop Crushed Velvet Slip Dress ($50): Playing the layering game took on new meaning in 2016, moving beyond heavy layers toward a new cool-girl uniform of tees and slip dresses. The result was a getup that exuded grunge glamour, especially when paired with edgy Doc Martens or urban kicks.

10. Ring Pulls: Pixie Market Pull Ring Zipper Black Pants ($116): This decidedly understated detail made a major impact on the fashion world this year, injecting an air of mod flair into zip-up sweaters, sophisticated trousers and sports chic dresses alike. Who knew that an everyday design detail could have so much swagger?

11. Sneakers: adidas Originals Unisex White And Green Stan Smith Sneakers ($90): Fashion seemed to take a pass on pumps this year, instead keepin’ it real in athleisure steppers. Teamed with streamlined suits and flirty feminine pieces, the low-key kicks introduced a layer of cool contrast to every look.

12. Bomber Jackets: H&M Embroidered Baseball Jacket ($10): ICYMI: Bomber jackets were practically the epitome of #squadgoals in 2016 — you couldn’t step foot outside without spotting at least one. Usurping biker jackets from their position of power, the throw-on-and-go style won over our hearts and closets with satin fabric, edgy embroidery and eye-catching embellishments.

13. Hoodies: Cotton Citizen Milan Long Sleeve Tunic ($265): With athleisure being at its height, it’s no surprise that oversized hoodies secured a regular spot in just about every fashion girl’s lineup. While you may not have been rockin’ Vetements (because rent, duh), there were plenty of cool and affordable options to choose from. What really revolutionized the hoodie, however, was the unexpected styling. The just-chillin’ topper was spotted alongside everything from thigh-high boots to metallic mini skirts.

Libby MacCarthy
Libby MacCarthy is an urban planner turned writer with a love (bordering on unhealthy obsession) of all things fashion and beauty related. She lives for perfectly brewed coffee, farmer's markets, dinner parties and perusing impeccably designed boutiques. When she's not on the hunt for the latest trends, you'll likely find her plotting her next adventure or nose deep in a book. Libby currently splits her time between the East Coast and her adopted home of France. Follow her daily adventures on Instagram.
Style News