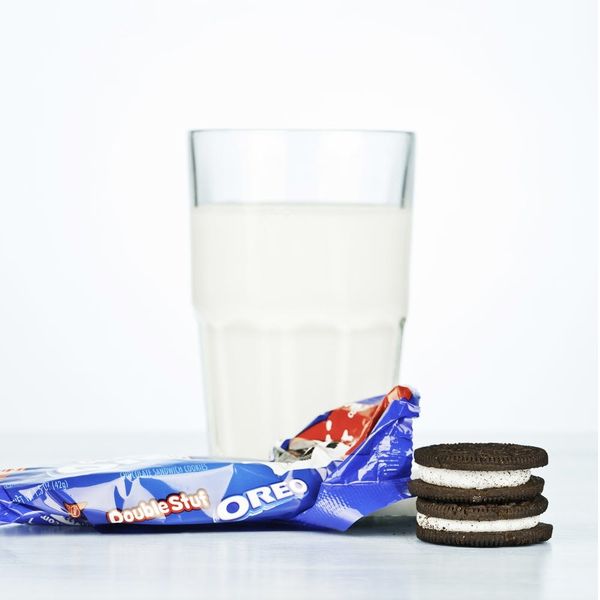 Remember how as a kid, you used to wish Oreo provided even more creme filling than its Double Stuf variety… and then more than Mega Stuf? Well, Oreo has confirmed it will release The Most Stuf version of its cookies. We freaked when they released deep-fried frozen Oreos, and Oreo Thins, but The Most Stuf Oreos are like a sugar junkie’s dream.

The Most Stuf will take things to the next level. Popular snack food Instagram account thejunkfoodaisle posted a picture of the cookies (Oreo has yet to release the package photo), and the amount of creme filling inside is enough to get your heart racing. If we had to guess, it’s about twice the amount you’ll find in a Double Stuf Oreo.

Oreo has confirmed that The Most Stuf cookies will be available early in 2019, giving us another reason to look forward to the new year. They also announced that there will be giveaways tied to the new release, though details are still vague. In the meantime, if the cravings get too intense, you can always try making your own Oreos and adding as much dang filling as your little heart desires. You won’t regret doubling/tripling/quadrupling that creme filling recipe — trust us.

Justina Huddleston
Justina Huddleston is a food writer living in Los Angeles. When she's not busy writing, she spends her time in the kitchen creating both virtuous and decidedly junky vegan food. Buffalo chickpea pizza, anyone? She's also been known to eat a plain block of tofu or beans straight out of the can for lunch, but somehow those culinary adventures don't make it to her Instagram. You can follow Justina on Twitter or see what's cooking in her kitchen on her blog, A Life of Little Pleasures.
Chocolate
Food News
Chocolate Grocery Shopping New Food Alert
The Conversation
Reviews:
More From Food News