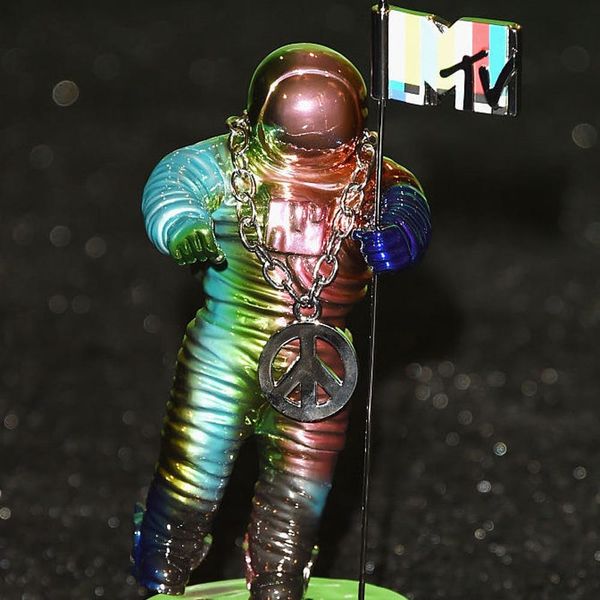 The countdown to the 2017 Video Music Awards has begun, and from what we can see, it’s going to be even more outta this world than ever. As MTV drops the first promo, highlighting some of the show’s most memorable moments, we’re *so* ready to see our fave stars take home that coveted moon man.

The spot is only 45 seconds long, but MTV has managed to pack it with a whole lot of action. Taking us into the cosmic realm, Madonna’s infamous “Like a Virgin” wedding dress floats by in space, Britney Spears’ “I’m a Slave for You” snake slithers across the surface of a random planet, and Nirvana’s bass is still flying from that 1992 throw.

It’s all set to a spacey take on the ever-apt Buggles’ tune “Video Killed the Radio Star.” Naturally.

Check out the first promo below and mark Sunday, August 27 as the night you’re booked to watch this year’s VMAs, coming to you straight from The Forum in Inglewood, California.

Are you excited for this year’s VMAs? Let us know @BritandCo!