Why Menswear Was the Sexiest Style at the MTV Movie Awards 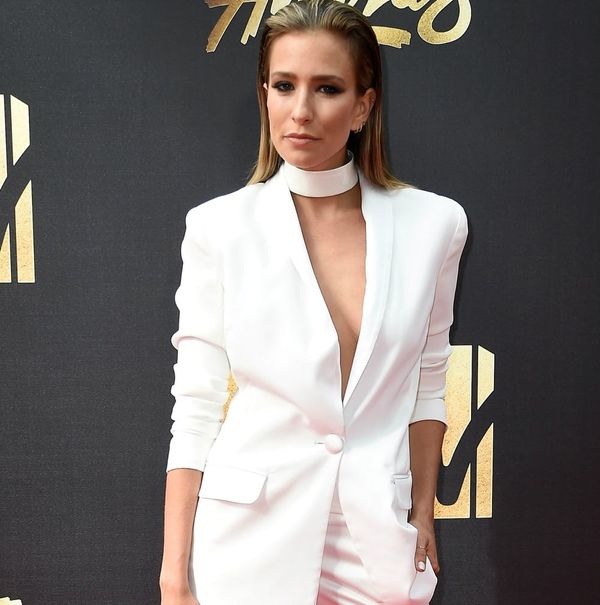 Forget the LBD — on the MTV Movie Awardsred carpet last night, it was alllll about the women wearing suits. From Gigi Hadid to Cara Delevingne, ladies were ditching the girly dresses to join the boys’ club, taking menswear and making it their own. That’s not to say they still didn’t look sexy — these were not your father’s trousers. Extra added elements, such as choker neck straps and cage-like overlays, made each one feminine and flirty. Check out who wore the trend best below:

1. Gigi Hadid: Gigi Hadid and her new bangs couldn’t have looked cooler in her Versace pinstripe pantsuit. She kept things sexy by letting a lacy bralette peek out underneath her neon yellow undershirt. (Photo by Frazer Harrison/Getty)

2. Cara Delevingne: This velvet Balmain piece was no typical pantsuit — a hook-and-eyelet front with sheer side cutouts (all the better to showcase Cara’s adorbs side tattoo) made her a shoe-in for best-dressed lists. (Photo by Frazer Harrison/Getty)

3. Erin Lim: The E! reporter donned her own take on the trend, wearing it as a two-piece in a pair of high-waisted trousers and a cut-out crop top with sleeves. (Photo by Frederick M. Brown)

6. Nischelle Turner: News correspondent Nischelle Turner was the most traditional of the bunch, sporting a black jumper beneath a black overcoat. So chic! (Photo by Frederick M. Brown/Getty)

What do you think of the menswear trend? Let us know at @BritandCo!

Nicole Briese
Nicole is the weekend editor for Brit + Co who loves bringing you all the latest buzz. When she's not busy typing away into the wee hours, you can usually find her canoodling with her fur babies, rooting around in a bookstore, or rocking out at a concert of some sort (Guns N' Roses forever!). Check out all her latest musings and past work at nicolebjean.com.
Celebrity Style
Style News
Celebrity Style
More From Style News