Neon Is the Celebrity Trend We Didn’t See Coming 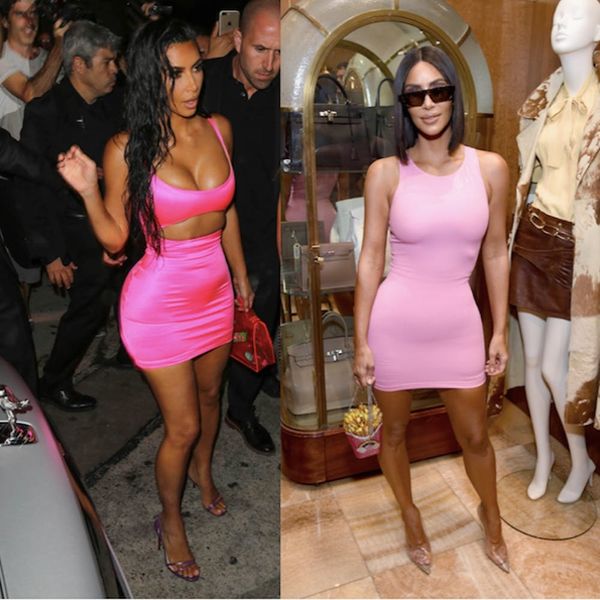 We’ll admit it: The most recent celebrity trend has caught us by surprise. As summer comes to a close and the season of pumpkin spice fast approaches, we’ve been expecting stars to start busting out their leather, plaid, and other fall-ready pieces. Instead, in-the-know A-listers from the Kardashian-Jenners to Blake Lively have flipped the script, stepping out in electric neons that can be spotted from miles away.

Fluorescents for fall? It just may be the hottest look for the season. Kim Kardashian broke out of her all-neutral everything uniform for Kylie’s 21st birthday, rocking a skin-tight, hot pink Day-Glo mini dress. She attended the wedding of 2Chainz and Kesha Ward in Miami in a slick neon green bodycon dress and hit the anniversary event for What Goes Around Comes Around in a vintage hot pink Versace mini. (Photos via Hollywood To You/Star Max/GC Image, Instagram/KimKardashian, Michael Kovac/Getty Images for What Goes Around Comes Around)

The sisters have seemingly staked their claim on the neon comeback, with Kim, Kylie, and Kourtney having all been seen in eye-popping (and body-hugging) brights. Be it via a bikini, stilettos, or even a shorts unitard, the Kar-Jenners have committed themselves to revive these ’80s-inspired hues. We’d chalk it up to those crazy Kardashians just being well, Kardashian-y, but they’re not alone in their embracing of these electric shades. Jennifer Lopez, Rita Ora, and Winnie Harlow have all joined the neon revival ranks. Whether it’s in the form of an athleisure outfit, straight-up gym attire, or a head to toe animal-print look, celebrities are officially co-signing this color palette.

Does neon have staying power? That remains to be seen. But if you want to stay ahead of the style curve, go ahead and try incorporating a little highlighter hue into your wardrobe. You have the A-list’s approval. (Photos via Johnny Nunez/WireImage, Adrian Edwards/Getty Images, Gotham/GC Images)