3 New Novels About Visions for the Future 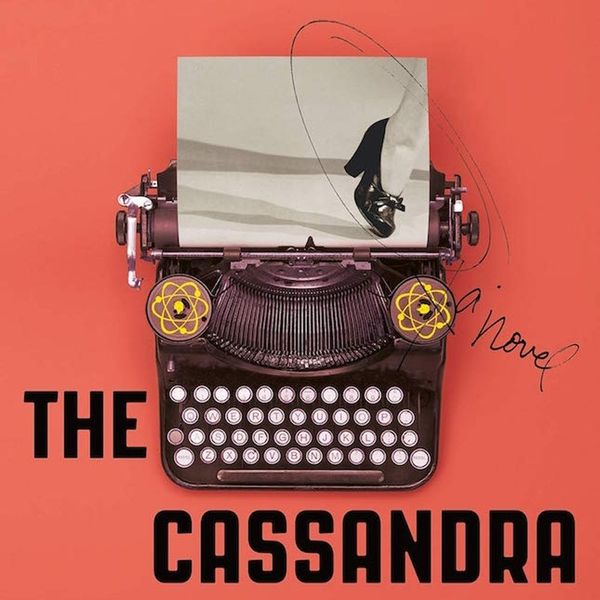 The concept that one person can change the course of history is both comforting and terrifying. Being completely powerless is unsettling, having to watch one’s every move for fear of ruining humanity even more so. The protagonists of the new novels in this week’s book club each have a special talent, or curse, to see the way things could change drastically for the better or worse. Each of our heroines has prescient plans for the present and future, but is battled by doubters and naysayers who believe the change is impossible. We predict three fascinating new reads in your future.

“Ben met Kate at a rich girl’s party. He didn’t know the rich girl personally; it was one of those parties where no one knew the hostess. He’d come with the rich girl’s cousin’s co-worker, whom he instantly lost in the crowd. It had started out as a dinner party, but the invitations proliferated, spreading epidemically through friends of friends until it turned into a hundred people. So the rich girl opened up both floors, made punch instead of risotto, and ordered a thousand dumplings from a Chinese restaurant. It was August and you had to let things happen the way they wanted to happen. Everyone was in their twenties then, anyway, so that was how they thought…New York City, so everyone was interning at a Condé Nast publication or a television program or the UN. Everyone a little in love with each other; the year 2000 in the affluent West.”

In Ancient Greek mythology, the story of Cassandra is its own particular brand of tragic horror. Cassandra was cursed to predict the future with absolute accuracy. The catch? Nobody would ever believe her. Shields’ novel follows Mildred Groves, a woman with a similar curse and fate, only this time, the setting is the genesis of the Manhattan Project during the Second World War. Despite essentially putting an end to the war, the atomic bombs killed hundreds of thousands of people, poisoning both living creatures and the environment.

<em>The City in the Middle of the Night</em>

“The Progressive Students Union meets under basements and behind larders. Usually between five and fifteen of us, talking about systems of oppression. Bianca’s long black hair hides her face as she leans forward to listen, but her hand brushes mine. A mop-headed boy named Matthew is talking about the ordinary people whose every waking moment at the farmwheels, the factories, the sewage plant, or the power station, until they die. Then Bianca stands up and her voice rings out, like we’re all inside her heart and we can hear it beat. She wears streaks of purple and silver paint, to frame her eyes, and I never want to look away. ‘If you control our sleep, then you own our dreams,’ she says. ‘And from there, it’s easy to master our whole lives.’ Everything in Xiosphant is designed to make us aware of the passage of time, from the calendars, to the rising and falling of the shutters, to the bells that ring all over the town…But nothing in the city is ever supposed to change.”
Ilana Lucas
Ilana is an English professor, theatre consultant and playwright based in Toronto, Canada. When she’s not at the theatre or insisting that literary criticism can be fun, she’s singing a cappella or Mozart, occasionally harmonizing with the symphony, or playing “Under Pressure” with her rock handbell group, Pavlov’s Dogs.
Book Club
Creativity
Book Club Books Goods
More From Creativity