5 Important Things You Need to Know Before Your Next Manicure 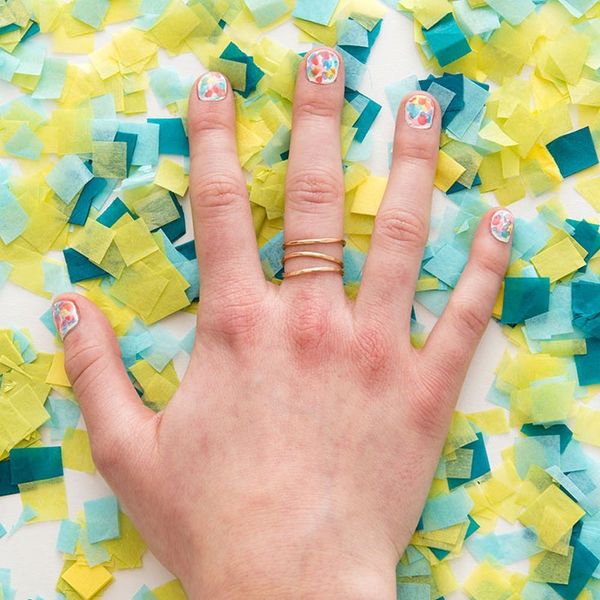 Heading to the nail salon has long been an enjoyable and inexpensive way to treat yourself to a bit of pampering. Whether you’re looking for a BFF date or just wandering your neighborhood on a lazy Sunday morning, you might be used to going the mani +pedi route for a cheap and easy way to relax. But at what cost? The New York Times recently released a series of investigative reports that take a deeper look into the struggles and mistreatment of the manicurists working at nail salons in New York. The newspaper’s findings were actually so shocking they prompted New York governor, Andrew M. Cuomo to order emergency measures this past Sunday to combat the wage theft and health hazards faced by the thousands of workers in the industry.

1. Manicurists make an average of $37.50 a day.NYT found the starting salary of a salon worker to be about $10 a day. Often workers who are new to the industry aren’t even paid that. One manicurist the paper spoke to told them it took three months before her boss paid her. Those who are more experienced in the industry (ex. the folks who know how to do acrylics) have been known to make up to $80 a day. Based on 10 to 12 hour shifts, the workers usually clock in on a daily basis, which still comes out to a meager $7.27 per hour.

2. Workers have to pay to learn new skills. The manicurists working in salons are supposed to be licensed, but the reality is many of them are not. So in order to learn the skills needed, they are typically required to pay the owner a fee (usually about $100) for whatever skill they want to learn (i.e. eyebrow waxing, gel manicures, etc.). $100 is a relatively large sum when you’re only making about $38 a day and paying New York living expenses.

3. Manicurists’ low wages are largely due to salon’s low prices. In NYC the average price of a manicure is about $10.50 (nearly half the price of the national average). While this may seem like a steal Nicole Hallett, a lecturer at Yale, told the paper, “You can be assured, if you go to a place with rock-bottom prices, that chances are the workers’ wages are being stolen.” She goes on to say, “The costs are borne by the low-wage workers who are doing your nails.”

4. The products are seriously affecting manicurists’ health. Chemicals in nail products are known to cause cancer and can be fatal to a woman’s reproductive health. While these risks are minor for people who are only around the products maybe once or twice a month for an hour max, it is a very different story for the workers who spend all day every day breathing in the fumes. The Times’ also reports that many workers suffer from breathing problems. They spoke to Charles Hwu, a doctor who regularly sees industry workers. He says, “They come in usually with breathing problems, some symptoms similar to an allergy and also asthma symptoms — they cannot breathe. Judging from the symptoms with these women, it seems that they are either smokers, secondhand smokers or asthma patients, but they are none of the above. They work for nail salons.”

5. The products also cause painful skin disorders. The products commonly used in salons are categorized by government agencies as skin sensitizers – when used in excess they can cause painful reactions. One manicurist the NYT spoke to told them she cannot touch hot or cold dishes without searing pain. Additionally, she mentioned that after working in the industry for almost two decades, her fingerprints are now nearly nonexistent.

What piece of information shocked you most about the New York Times’ report? Are you sticking to your DIY manis these days? Share with us in the comments below.

Cortney Clift
Cortney is the senior writer and special projects editor at Brit + Co. She typically covers topics related to women's issues, politics, and lifestyle. When she's not buried behind her computer you'll find her exploring New York City or planning her next big adventure.
Nails
More From Nails