The Secret Snobby History of Not Wearing White After Labor Day 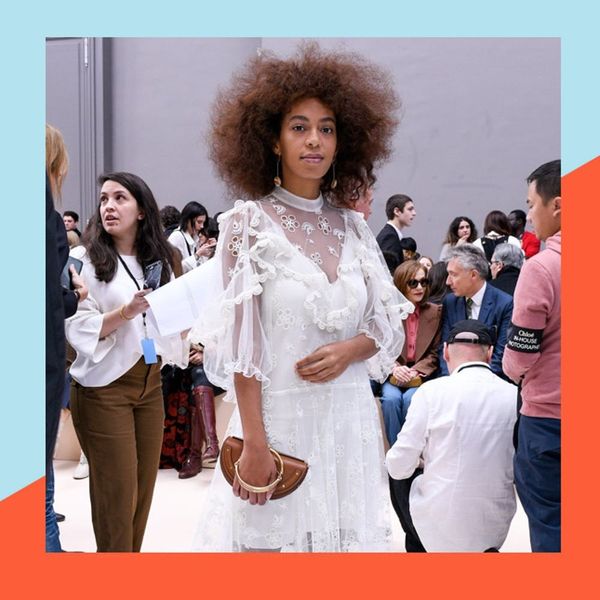 The end of summer is just about here and, for the rule followers among us, that means abiding by the age-old adage of “no white after Labor Day.” But have you ever stopped to wonder where that mandate came from in the first place? And does it really still even apply? We decided to do a little digging into the history of this clothing commandment.

According to a 2009 Time article, it’s possible the directive may very well have been born out of function. Back in the days before air conditioning (gasp), white attire was simply cooler to wear (in temperature, not in vibe). When it wasn’t appropriate to don skimpier, skin-baring, casual looks in scorching temps, one simply had to rely on lighter, less heat-absorbing clothing. If you had to be fully dressed, a paler palette would at least help prevent sun stroke. TBH, we’re sweating just thinking about it. (Photo via Craig Barritt/Getty)

It’s also possible the decree isn’t even based on practicality at all but rather, snobbery. As both Marie Claire and Time have pointed out, wearing white in the summer months may have been a way for the ultra-rich to self-identify as separate from the working masses (and the nouveau riche). In short, if you lived in the dirty city, you wore dark clothes. If you were wealthy enough to escape to a vacation home for the summer, you wore white “leisure” looks — until it was time to return to urban life, that is. (Photo via Peter White/Getty)

However it originated, we’re pretty sure the sun is finally setting on this sartorial stipulation. Fashion insiders are proving that white can be wearable all year round, designers and retailers are following their leads, and well, we couldn’t be happier about it. Who wants to be limited when it comes to style anyway? Let there be light. (Photo via Gustavo Caballero/GC Images)