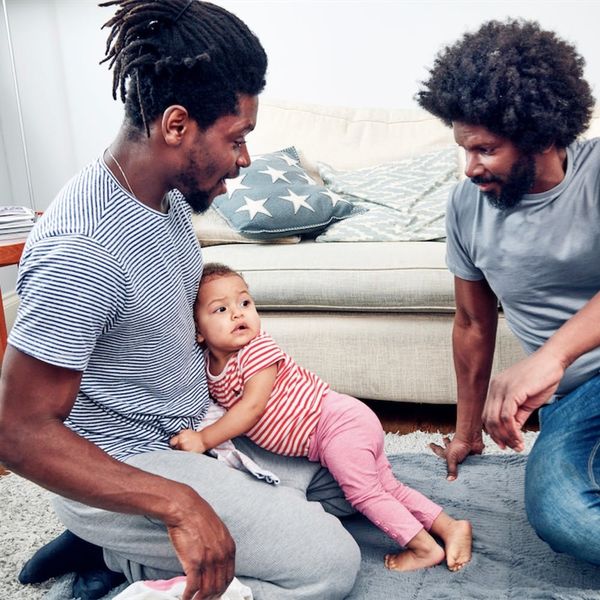 Two states have recently approved legislation that could make it more difficult for gay couples to adopt children.

On April 26, Oklahoma lawmakers passed a bill that will ensure private adoption agencies have the right to refuse their services to same-sex couples if the agency can cite “religious or moral convictions or policies.” Oklahoma’s governor, Mary Fallin, who is a Republican, has not yet signed the bill into law. At one point, the bill included an amendment that would ban private agencies who discriminate against potential parents on “religious or moral” grounds from receiving state funds, but that amendment was taken out before the bill passed the state legislature.

Kansas passed very similar legislation on Friday. In Kansas, Republican governor Jeff Coyler said that “Catholic Charities and other adoption agencies are key to the fabric of our communities. I look forward to signing this bill because it increases the opportunities for needy children to find loving homes,” according to the Wichita Eagle.

Currey Cook, the Counsel and Youth in Out-of-Home Care Project Director for Lambda Legal, says that these laws tend to have a “chilling effect” on LGBTQ+ people who want to become parents.

“LGBTQ+ people that are looking to foster and adopt have to navigate who will serve them or who has a sign on the door that says ‘we don’t serve your kind,'” Cook says. “And for some people, just knowing that they have to navigate those waters discourages them from even stepping up, which is really a tall order anyway. It’s tough to get people to be foster parents.”

These laws also have an impact on LGBTQ+ children who are in foster care, Cook says. “These laws also send a message to LGBTQ+ youth, who are about 20 percent of kids in foster care, that they are also not human beings and are second-class citizens,” he says. He further notes that sometimes LGBTQ+ adoptees or foster children are kicked out of the homes of religious parents after they come out, attitudes that are reinforced by anti-LGBTQ+ legislation.

According to the Movement Advancement Project, a LGBTQ+ think tank, seven states already have laws similar to the ones just approved in Oklahoma and Kansas. North Dakota, South Dakota, Texas, Michigan, Mississippi, Alabama, and Virginia all allow “state-licensed child welfare agencies to refuse to place and provide services to children and families, including LGBT people and same-sex couples, if doing so conflicts with their religious beliefs,” according to the MAP.

Cook is also concerned that laws that permit foster and adoption agencies to discriminate against potential parents on the basis of the agency’s “religious beliefs” can have “broader civil rights implications.” He notes that in South Carolina, a Jewish woman was denied the opportunity to mentor foster children because the agency, Miracle Hill, only allows protestant Christians to work with them, Greenville News reported.

Cook says that the “extraordinarily broad” nature of potential objections based on religious beliefs could mean that a wide variety of people may be discriminated against when seeking to become adoptive or foster parents: divorced people, single people, people who belong to other religions, and so on. Laws that allow for discrimination based on “religious or moral beliefs” have already played out in ways that are harmful to marginalized sexualities, genders, and religions. They’re also a huge step backward on the path toward a kind, accepting society.