OMG: A Stranger Things Season 2 Trailer Will Air During the Super Bowl 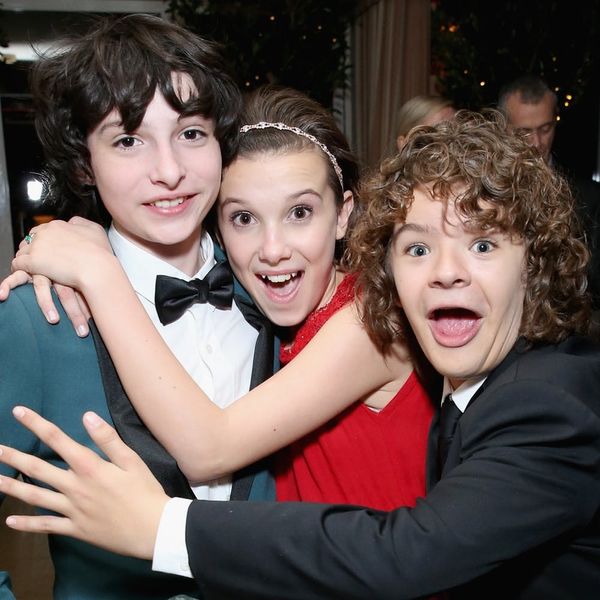 As you stock up on essentials for a delicious Super Bowl party and patiently await what’s sure to be an epic halftime show, you may need to break to join us in freaking out over this MEGA exciting news: We’re finally getting a new Stranger Things (whose cast had one of THE best speeches of the SAG Awards) trailer, and it’s set to air during tomorrow’s Super Bowl. Talk about a touchdown!

Although we have yet to learn the exact premiere date of the show’s second season, we now know that Netflix will definitely be airing a follow-up trailer to August’s teaser clip during the Super Bowl and we. Cannot. Wait. What’s more, EW has just shared a video still ahead of the premiere tomorrow night, and boy, is it ever a doozy!

Your first look at #StrangerThings' #SuperBowl commercial is here! 😮 We can exclusively reveal that the #Netflix hit will debut a new teaser during the big game! 🙌 In this image from the ad, Dustin (#GatenMatarazzo), Lucas (#CalebMcLaughlin) and Mike (#FinnWolfhard) are dressed as #Ghostbusters! 😮 Click the link in our bio for more info. #SB51 📷: Netflix

A post shared by Entertainment Weekly (@entertainmentweekly) on Feb 3, 2017 at 12:01pm PST

In the photo, we see that Dustin (Gaten Matarazzo), Lucas (Caleb McLaughlin) and Mike (Finn Wolfhard) are all back in action, and, for whatever exciting reason, they’re all dressed up like Ghostbusters. OMFG! What’s more, we have learned that the second season will take place in 1984 (one full year after the first season) and, according to executive producer Shawn Levy who spoke with EW, “the Demogorgon was destroyed, but evil wasn’t.”

Are you excited for the Stranger Things 2 Super Bowl trailer? Tweet us @BritandCo.