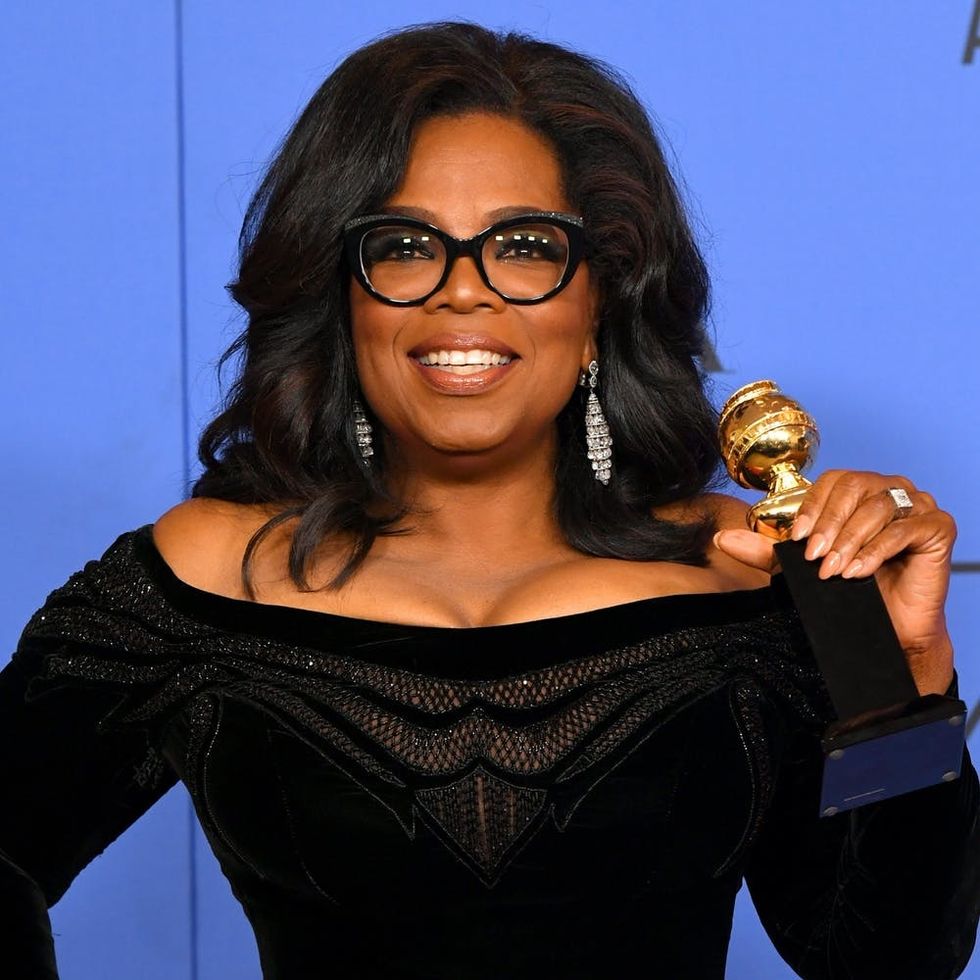 If you were inspired by Oprah Winfrey’s acceptance speech for the Cecil B. DeMille Award at the 2018 Golden Globes, you definitely have to check out the second speech she made backstage. Speaking to the eager and excited press after she walked off the main stage and into the room of reporters waiting with questions, the 63-year-old icon had a few more words of wisdom to share.

“The greatest lesson I’ve learned throughout my career,” she said, “came from Maya Angelou, actually, when I was, you know, first meeting her, and after I’d known her for a while she said, ‘Baby, you need to know that when people show you who they are, you believe them the first time. … Your problem is, it takes you 29 times to see the same lesson coming in a different skirt or wearing a different pair of pants.'”

She continued, “I think that has been one of my greatest wisdom-teachings, is to assess from people’s behavior — their actions not just towards me, but towards other people — who they are and how they behave…”

Winfrey went on to talk about what humbles her, the “cultural statement” that she was able to make with her show, and why it’s important to do what you love — “the key to fulfillment, success, happiness, contentment in life is when you align your personality with what your soul actually came to do” — before finally telling the crowd what advice she would give to seven-year-old or 13-year-old Oprah about surviving in this world as a woman. “Oh, man, [at] seven I was so sad and … all of my real love came from my teachers.”

She continued, “And so my teachers — I would say this to anybody in this room — you have no idea of the power of noticing another human being and what it feels like when somebody knows that they have been seen, truly seen, by you. It is the greatest offering you can give.”

She said that because of that — as well as what she learned from the years she spent interviewing people from all walks of life, who wanted validation that they had been heard — she has “become a person of compassion [and] a person of understanding.” We’d like to add that she’s a total inspiration as well.

What do you think of Oprah Winfrey’s press room speech? Let us know @BritandCo!

Desiree O
Desirée O is a ‘Professional Bohemian’ who loves anything and everything related to the arts, entertainment, and pop culture. She ADORES being a ‘Newsy’ for Brit + Co, covering all of the latest tidbits of awesomeness that you want to read about. When she’s not writing, she’s either making messy art, going on long adventurous walks with her camera, or poking around over at bohemianizm (http://www.bohemianizm.com/). You can find out about Desirée O and her work at http://DesireeO.com/ or follow her on Twitter @DesireeO.
Golden Globes
Celebrity News

How To Make Celebrity Crush Cookies For Valentine’s Day

Dreaming About An Ex? Here's What Your Romantic Dreams Really Mean