Here’s What’s in the Oscars Swag Bag This Year 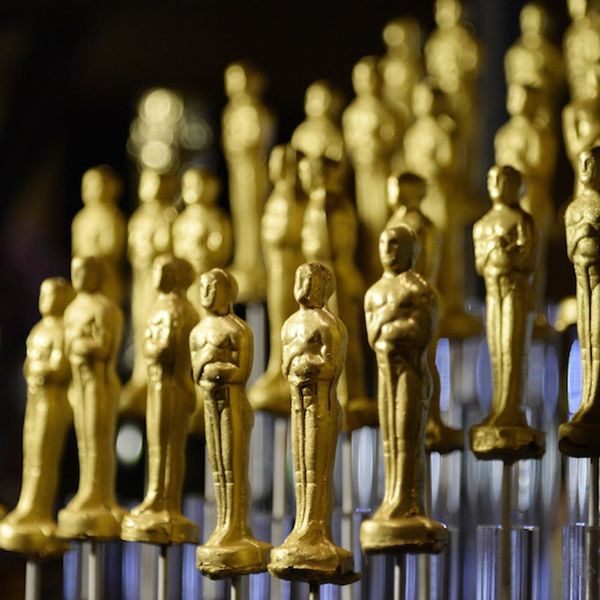 Sure, we loved their movies, but we’re not going to lie: We get a little jeal’ when we think about all the free awesome stuff the stars snag in their Oscars swag bag for their already glamorous lives. Then again, we don’t envy the taxes the nominees will have to pay on the bounty, which is valued at more than $125,000. While there are quite a few duds in this year’s goody bag (deodorant and a pack of mints — are celebrities smellier than we realized?), we found a few things we wouldn’t mind getting our paws on. Maybe this will even inspire your own Oscar party favors.

1. Painting by Gunner Fox ($5,000): Who would have thought that celebrities received fine art in their gift bags? Hanging one of these pastel, ethereal stunners by Gunner Fox in our bedroom would be a dream come true.

2. One Year of Audi Rentals ($20,000): Silvercar calls itself the “hassle-free” car rental company and provides its customers with only Audis. Can you imagine all the places you could go if you had a year of free luxury car rentals?

3. Pancake Syrup from Your Own Adopted Maple Tree ($280): Okay, so it’s just maple syrup and barbecue sauce, but at these prices, we don’t think we’ll be tasting Rouge Maple‘s wares any time soon. Though, the idea of adopting your own maple tree is pretty cool.

4. Gift Certificate for Candy Vixen ($800): Candy Vixen actually calls themselves “candy stylists” and specialize in crafting custom candy bars for parties. We’re already envisioning the kind of candy bar we’d create with $800. Let’s just say we have no doubt that we’d be the hostess of the year.

6. A Train Trip Through Canada ($14,584): There’s something so romantic about the idea of a long, meandering train ride through the Canadian Rockies. Rocky Mountaineer is stepping up to fulfill all of those celebrity wanderlust dreams.

7. Hazel Lane Subscription Box ($350): Each month, Hazel Lane sends you a curated box of goodies inspired by a particular city. The usual box is valued up to $179 a month. We can only imagine what’s in the $350 box that was curated especially for certain celebrities.

8. Ayurvedic Lollipops ($68): Hey, who doesn’t love a lollipop, especially one that helps you live a healthier, Ayurvedic lifestyle? The Dosha Pops included in the swag bag are laced with gold leaf. If that’s not luxury, we don’t know what is.

9. Slow Watch ($270): The Slow Watch moves at half the speed of a typical watch, letting you see where you are in regards to your entire day at a glance, rather than the particular hour and minute. Everyone could benefit from slowing down a bit. (Photo via Spin4)

11. A Total Home Spa ($5,060): Steamist provides all the technology and tools you need to turn your bathroom into a home spa. Well just go ahead and assume that it’s better for our career and the environment that we’re not being gifted one: We would never want to get out of the shower if we had our own personal sauna. (Photo via Houzz)

12. Luxury Trip to Tuscany ($11,500): We’re not sure which high-end resort will be hosting these lucky celebrities on their private escape to Tuscany, but at nearly $12,000 for three nights, it sounds like somewhere we wouldn’t hate staying. (Photo via Conde Nast Traveler)

If you were going to the Academy Awards, would you accept such an extravagant gift bag? Let us know what you think in the comments!

Amanda DiGiondomenico
Amanda is a freelance writer and graphic designer who blogs about living a stylishly nerdy life at The Spendicate. A lifelong resident of Baltimore, MD, Amanda is an art school dropout, who managed to earn a masters degree in nonfiction writing. On the weekends, she's an expert guacamole maker, a novice jogger and an intermediate yogini.
Oscars
Party
Oscars
More From Party