Style Predictions for All the 2015 Oscar Nominees 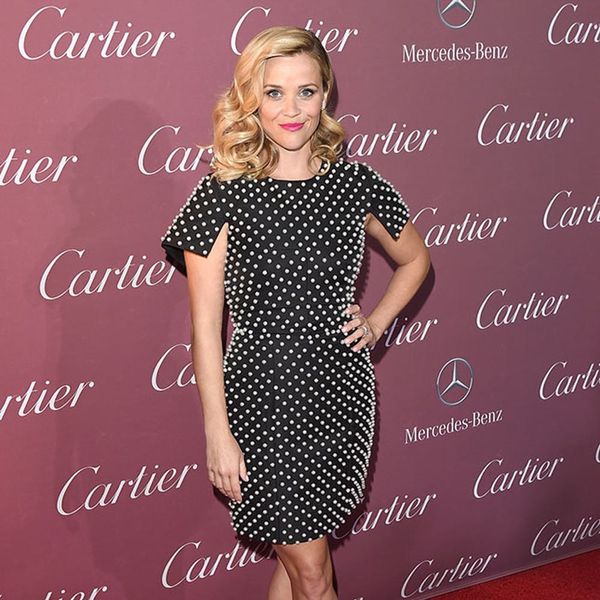 The time has come people. The Oscar nominations are in. Birdman and Grand Budapest Hotel have topped all the other contenders, both with nine nominations each. And of course there have been some snubs (sorry Jennifer Aniston and Selma). But as we all know, with nominations come predications of the sartorial kind. The Golden Globes were only last week, but we’re already daydreaming about what our favorite stars might be wearing come February 22nd. So to help us get through this month-long waiting game, we’ve decided to make some suggestions. Here are the looks we want the lead and supporting actress nominees to wear at this year’s Academy Awards.

1. Felicity Jones (The Theory of Everything): This British beauty stunned in her bold-colored, Golden Globe number, but considering she’s the youngest nominee of group, we’re hoping she adds a bit of playfulness to her look. A floor-length version of this purple, printed Micheal Kors dress with some dark lips would add a bit more more sex appeal (that plunging neckline!) than her most recent red carpet gown but would still maintain her British charm. (via Fernanda Calfat/Angela Weiss/Getty)

2. Rosamund Pike (Gone Girl): After her unbelievable performance in Gone Girl (seriously, that was crazy), Rosamund kept us gasping (in a good way) on red carpet with the revealing white gown she rocked at the Globes on her killer post-baby bob. To keep with that modern, minimalist and winter white vibe, we’re placing her in this dramatic lace Erdem gown. Worn with waves in her short bob (and maybe a slip) this would make for a pretty epically romantic red carpet look. (via Tristan Fewings/Frazer Harrison/Getty)

3. Reese Witherspoon (Wild): Quickly battling Julia Roberts and Jennifer Aniston for the title of America’s sweetheart, we hope to see Reese in something totally classic and USA-made. This Barbara Tfank dress is simple and girly with a fun textile twist — we bet she’d wear it with that same hot pink lip too. (via Mike Pont/Jason Merritt/Getty)

4. Julianne Moore (Still Alice): No red carpet newbie, Julianne usually rocks award season style. We were super into the ombre, sequined gown she wore last Sunday and want to keep that gradient going with this stunning Elie Saab number. It brings all the drama, plus the fun pops of red will definitely make her mane stand out. (via Pascal Le Segretain/Dimitrios Kambouris/Getty)

5. Marion Cotillard (Two Days, One Night): The fashion icon is so unbelievably French we almost can’t handle it (and we mean that in the best way possible). It would seem like a sin to dress her in anything other than a Parisian designer, so we’ve chosen this amazing red jumpsuit by the young French label, Vetements. If anyone is going to rock a jumpsuit at the Oscars, it’s going to be Marion. (via Pascal Le Segretain/Getty)

Actress in a Supporting Role

1. Patricia Arquette (Boyhood): This is Patricia’s first Oscar nomination, so we say she should keep things classic for the big event. This Donna Karan dress with a mermaid silhouette would be super flattering on her curves and could easily be amped up with some serious bling. (via Dimitrios Kambouris/Bryan Bedder/Getty)

2. Laura Dern (Wild): We’d love to see Dern and her tall, lean bod in some chic separates this Oscar season. Keeping with the embellishment trend we spotted at the Golden Globes, we’re going with this pale blue and champagne Badgley Mischka number for Laura’s Oscars get up. (via Frazer Harrison/Frederick M. Brown/Getty)

3. Emma Stone (Birdman): Since Emma wore pants to the Golden Globes (and nailed the menswear-inspired look), we’re hoping that she goes full-out feminine for the Oscars. She’d shoot straight to the winners circle in this stunning, vintage-inspired Marchesa gown, because who’s that girly girl = Emma Stone in Marchesa. (via Tristan Fewings/Mike Coppola/Getty)

4. Keira Knightley (The Imitation Game): With a mini baby bump for this year’s award ceremony, we’re voting Keira rocks this elegant green Rosie Assoulin dress that’ll both flatter her belly and look just plain awesome — emphasis on plain. After her feather and butterfly-laden Globes number, we’d like to see the actress in something so sleek it hurts. (via Jason Merritt/Taylor Hill/Getty)

5. Meryl Streep (Into the Woods): Oh Meryl, how we do love you so. The 65-year-old actress tends to opt for pieces on the mature side (and rightfully so), so we’ve picked out this simple and sleek Carolina Herrera dress that’s not too revealing, but definitely far from boring. Plus no one can rock neutrals quite like her! (via Frazer Harrison/Ian Gavan/Getty)

And now to fill you in on all the rest of the major category Oscar nominees:

7. The Theory of Everything

Actor in a Leading Role

5. Eddie Redmayne, The Theory of Everything

Actor in a Supporting Role

What are you hoping to see on this year’s Oscars red carpet? Share your predictions with us in the comments below.

Cortney Clift
Cortney is the senior writer and special projects editor at Brit + Co. She typically covers topics related to women's issues, politics, and lifestyle. When she's not buried behind her computer you'll find her exploring New York City or planning her next big adventure.
Oscars
Party
Oscars
More From Party